The area of three stations in Moscow

"The area of three stations" or Komsomolskaya square in Moscow is the place from where passengers are sent in several directions from Leningradsky, Yaroslavsky and Kazansky railway station. There is a square in the Central administrative DISTRICT of the Russian capital and in the Krasnoselskiy district of the city. On her face from two stations of the Moscow metro - ring-radial and "Komsomolskaya". 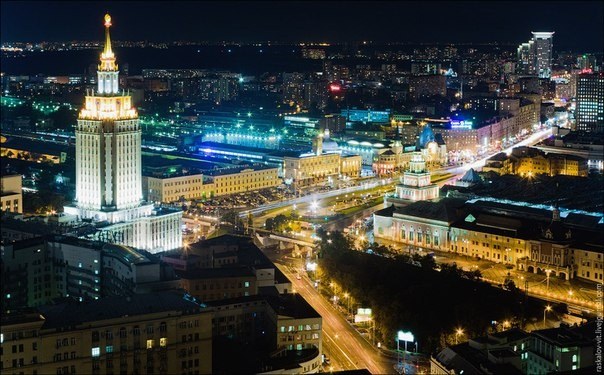 The history of the "square of three railway stations"

Until 1933 this place in Moscow had a different name - Kalanchevskaya square. The cause of this "name" is standing beside the Palace of Alexei Mikhailovich with a wooden tower-tower. Then, during the Soviet rule the area was given the name in honor of the Komsomol, who built the Moscow metro. It was under Komsomolskaya square, ran part of the first line of the Moscow subway.

In the 17th century on the site of the Komsomolskaya square, with almost no buildings, just grassland and marshes, which are called by Kalanchevsky field. Between modern Yaroslavl station and the ul was also a rather large pond formed by the dam as a large stream of Olchowiec.

We know that from the year 1423 until the mid-16th century the pond was called the Great, and after Red.

Already in the 19th century on the site of Komsomolskaya square was Artillery yard that exploded during the retreat of the Russian army in 1812-th. Writers of the time indicate that the explosion shook the entire Eastern part of the capital.

The construction of the first station on the Nikolaev or now Leningrad began in 1856 under the guidance of architect A. K. Thorne. Then on the site of the modern Lesnoryadskaya lane on the opposite side of the square is forest series, in which prodoval and shipped to Moscow imported logs.

The building in Ryazan (now Kazan) station was built in 1864, and Yaroslavl in 1862. The building was subsequently rebuilt. The first was erected in the first quarter of the last century by the architect A. V. Shchusev and the second in 1907-om project Schechtel, who proposed the concept in art Nouveau style.

In 1933-1934 in the middle square of the open method began to lay the subway. And now at this point, know what not many Muscovites, at a depth of 1.5 meter of laid cable line with a voltage of 220 kV. It connects two substations "Bloch" and "prison".

Then, during the beginning of the laying of the first Moscow metro was built the pavilion of the station "Komsomolskaya" between Leningrad and Yaroslavl stations, after which in 1952 was replaced by a more modern building. It connected the radial and ring station.

In the same 1952 built the hotel "Leningrad", which was the final structure in the formation of a unified ensemble of Komsomol square. Like that this place exists in the capital and at the present time.
Is the advice useful?
See also
Присоединяйтесь к нам
New advices