What to do if banned sex during pregnancy

It happens that the doctor prohibits sex during pregnancy. The reasons may be different. The first is to find out the specifics of the ban. It could be the ban on physical contact with a partner, a ban on orgasm or prohibited because of the risk to injure the cervix. In all these cases, the way out is always there. Often the ban is temporary and in a few weeks, the doctor allowed to have sex. 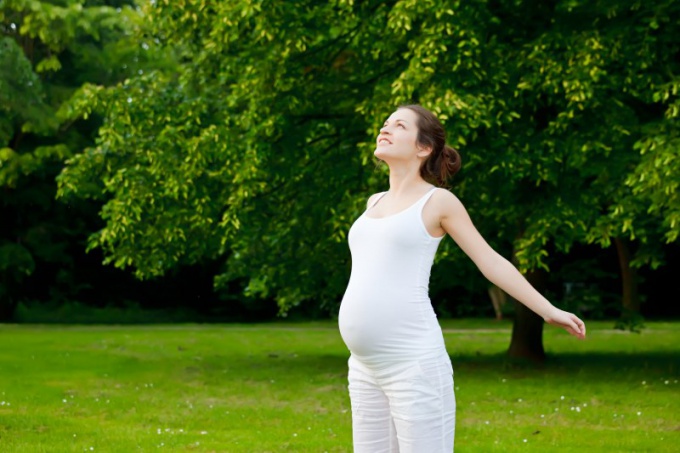 Related articles:
The ban on sexual relations during pregnancy is always reasonable. Among the most frequent reasons: the risk of miscarriage, premature birth, placental abruption and low attachment of the placenta, the second and third trimesters of multiple pregnancy. Failure of the cervix, placed on her joints, leakage of amniotic fluid - in these cases prohibits any form of sexual activity.

Often sex is forbidden not because of the orgasm. That is contraindicated in penetrating sex. This can happen if one of the partners is infected with or is a carrier of the infection. Excessive stimulation of the cervix is forbidden to women who bear a child after surgery on her. If the dangers of hypertonicity no, the doctor is likely to leave you right to orgasm. Allowed Masturbation, petting, oral sex (except with the risk to infect pregnant). If a man wants a more realistic simulation of sexual intercourse, can be included in sexual play vestibular coitus - the act is kept between the thighs of a woman, or intercourse between the Breasts. These zones during pregnancy are more sensitive to caresses, a woman can experience a full orgasm.

When denied orgasm, should listen to the doctor. Even conventional forms of sexual activity without subsequent orgasm could be unsafe sex without discharge leads to stagnation in the pelvis. If a woman can not be excited for a long time, it may resort to manual stimulation, oral sex and any form of sexual activity which excluded its excitation to give pleasure to the spouse. If the pregnancy is complicated, the woman feels bad - it is better to abandon all forms of sex. Men usually perceive a forced abstinence for granted and do not insist on an intimate connection.

How to escape from thinking of sex

In cases where a ban on sex is long lasting, but the desire is present, it is quite easy to overcome it. Dissatisfaction provokes nervousness, tearfulness, which also has a negative impact on pregnancy. Those couples can often recommend walking, if not locked up for Hiking. Yoga and breathing exercises are very effective and distract from thoughts about sex - just need to discuss it with your obstetrician or ask the coach to pick up yoga exercises.

Attending classes for expectant parents, shopping and buying baby things help easily transfer ban on sex. Men in this situation can be recommended to go to the gym, Cycling or to do repairs in the nursery is a serious physical activity can compensate for the lack of sex.

Often this involuntary abstinence has a positive effect on relationships and after birth, married life becomes more vivid and multifaceted.
Is the advice useful?
See also
Подписывайтесь на наш канал