How to check if graphics card is overheating

Overheating of the graphics card – the problem is quite common, which can not only lead to computer instability, but also to the failure of the video card or its individual elements. 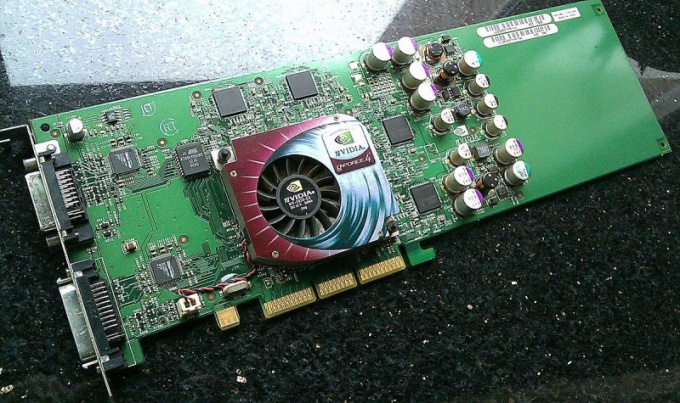 Related articles:
Instruction
1
The video card is a kind of intermediary between the processor and monitor, transforming the image into a video signal. This device not only consumes a lot of energy to their work, but also emit a lot of heat. Overheating of the graphics card leads to considerable problems, including and to the output of the graphics card failure. For this reason, it is very important to diagnose violations of a temperature mode of the video card and to take appropriate action.
2
Check overheating video card can be both visual and programmatic. When visual diagnosis in the first place the user should be alerted of unusual deviations from the normal operating mode of the computer. Its performance can be dramatically reduced compared to the original; in dynamic games or watching videos in any format you may notice a delay frame, "freezing" the action or the graphics, or the complete disappearance of the image during play or work.
3
Also symptoms of overheating graphics cards are often spontaneous reboot of the computer after a few minutes of playing or watching videos; the regular occurrence of black or "blue screen of death"; the emergence of the so-called "graphic artifacts": the colored vertical or horizontal stripes, the distortion of colors and lines, loss, blur or displacement textures, the appearance of flickering dots or ripples. In addition, visually diagnosed a symptom of overheating graphics cards are a clear warning of the computer messages about the restore settings of the graphics accelerator, or that the display driver stopped responding the system has been restored. Any other sounds – a low rumble, a whine coming from the cooling system unit can also signal the overheating of the graphics card.
4
To check programmatically that is overheated video card, should refer to the most popular and reliable development, intended to monitor the operating temperature of various computer components. So free and giving a detailed report about the temperature of the video card and other elements of the computer program is HWmonitor. The program displays the minimum, current and maximum temperature value, which is very convenient for diagnostics. Normal temperature of the video card which is in the work, is the reading to 80 degrees; one, being idle, should be in the temperature range up to 55 degrees Celsius. Another popular mixed-use development for diagnostics and information gathering is well-known Everest program, recently renamed AIDA64. The program not only full report information about the temperature of the video card, but will help to implement its dispersal in case of need.
Is the advice useful?
See also
Присоединяйтесь к нам
New advices