What should be the normal temperature of the video card

Without a personal computer it is impossible to imagine the modern man. PC carries a huge number of operations per second, and its graphics card plays an important role in this process. 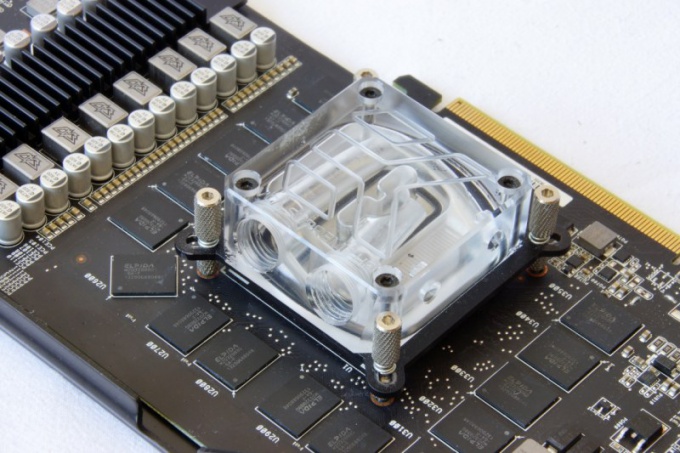 The temperature of the video card

Surely every owner of the personal computer understands that the more serious the process is running (for example some game or demanding on system resources graphics application), the greater will be the load. Accordingly, the greater the load, the greater will become the temperature of the graphics card, which is maintained or reduced, thanks to an inbuilt cooling systems. Today the most popular video cards: with the air cooling method and water.

The air method of cooling involves the use of special fans - coolers, which are installed directly on the video card and cool it. As you might guess - when using a water cooling system is water. In this case the graphics chip has no cooler, but there is a small compartment where the coolant and tubes through which it passes to cool the video card. It is believed that the device with water cooling is able to work longer and better than the device with the cooler. This is because cooler, in contrast to tubes, which receives the liquid from time to time need to clean. Otherwise, if it is clogged, you will not be able to cool the graphics card and it can "burn out".

For each card there is a limit of temperature and its average. In General, the operating temperature for video cards on desktops is equal to 55-65 degrees Celsius (on laptops, this show 10-20 degrees higher). As for the critical temperature of the graphics card, its performance on average is 70-75 degrees (depending on GPU model and the method of refrigeration). Do not forget that the contamination of system of cooling has a direct effect on the temperature of the video card. Should be at least once every six months to clean the ventilation system, namely, the cleansing from dust and grease radiator fan.

It is necessary to take into account the fact that after prolonged use the graphics card at a critical level, you run the risk of losing either her or the computer in General. In this regard, every user should regularly check the status of your video card by means of special software. For example, you can use a software: Everest, SpeedFan or AIDA64. By themselves they do not differ much (except the UI), but due to their functionality, the user can determine the temperature of almost every peripheral in the computer (CPU, PSU, graphics card, etc.). Naturally, this makes it possible to detect the malfunction and to efficiently resolve it.
Is the advice useful?
See also
Присоединяйтесь к нам
New advices