What is the danger of a fracture of the tibia

A tibia fracture is considered a fairly common injury of the lower extremities. In addition, allocate a small fracture, and the tibia. Trauma this can happen due to a fall, strike, lack of calcium and excessive exercise. It should be noted that in trauma of the tibia in the majority of cases without surgery can not do. 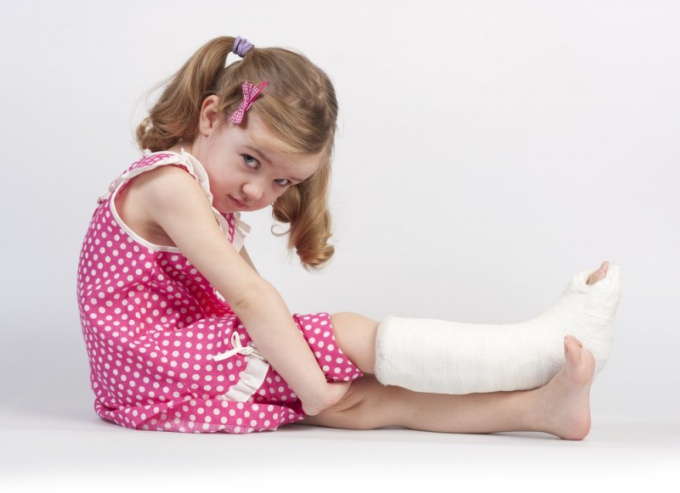 Related articles:
Be aware that a fracture of the tibia carries a risk of prolonged wound healing due to the complexity of the fracture due to the strong fragmentation. Especially the situation is aggravated in the case if the trauma of this unit have been offset. This is because in this fracture there is a possibility of significant damage to the tissues that are in close proximity. Therefore, this injury threat of arbitrary displacement of the condyles both inside and out from the wound.

In addition, a violation of the tibia may be helical and oblique. Trauma of this type occurs when during the period of fracture, the bone made a sharp spin and stop when it was located in a fixed position. Besides, there are single and double fracture of the condyle, which can occur as a result of landing or falling directly on right outstretched legs, and with a great height. This injury dangerous occurrence of bleeding in the knee joint of the condyles.

At the same time often affects the small and large Shin bone, which contributes to the aggravation of the situation, because this injury is not possible to carry out the procedure reposition the bones, if there is an offset.

What are the symptoms indicating a fracture of the tibia

The occurrence of a small fracture or tibia can be identified by the following symptoms: deformity of the leg; sharp pain in region of trauma; inability to step on the injured limb; presence of edema and bruising and bruising with an open fracture; a marked shortening of the length of the affected leg.

How to treat a tibia fracture

Typically, the treatment therapy is selected in conjunction with the treating specialist, given the nature of resulting injuries and appearance. In the case of complicated fracture of the leg, a plaster which will need to be about six months. After all of this time, bone is able to grow together. With the defeat of the tibia with the displacement at first diagnosed his character.

In the case of oblique offset treatment is by traction, which involves the insertion through the bone spokes hung with a certain load. In this case, medical therapy can be significantly longer. When transverse displacement in the injured limb imposed a special metal plate. The most serious injury is the fracture of the right small and the tibia complicated by displacement. A method of treatment of this lesion may be selected for surgical or conservative. It depends on the severity of the fracture, the nature of the injury and well-being of the victim.
Is the advice useful?
See also
Присоединяйтесь к нам
New advices