How beautiful to draw the letter "C"

Designers have already come up with a great variety of fonts, so that you can always choose a suitable to the text specific content. But nothing prevents you to invent your own font. For example, if you decided to draw a postcard or a poster. You can start with the letter "C", which quite often begins all greetings. 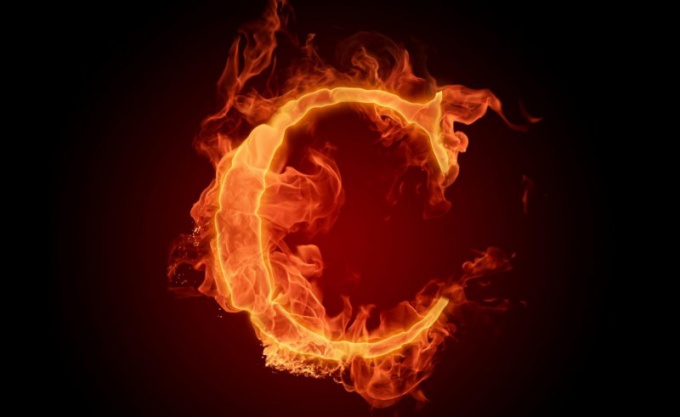 The letter "C" gives a lot of opportunities to exercise imagination. Let's see what she looks like. Broken ring, the Crescent of the twisted serpent, lizard or dragon, turned sideways rainbow images there are many. Consider which of them best suits your task. For new year or Christmas card will suit Crescent, ecological holiday, a snake or a lizard. You can even write the letter "C" and place it in something like stars and flowers. If you need to write a name starting with that letter, select symbols, typical of this person.

Draw a pencil ring. Delete to the right of the line. To draw a Crescent moon, enough to draw another line of the smaller curvature between the ends. Horns should be thinner than the middle. The Crescent can be braid with a pattern of vines or flowers. You can make a Crescent moon and three-dimensional. To do this, in the middle, draw another arc. Paint the halves of the letters in different shades of the same color, such as light yellow and dark yellow.

Looks very good letter "s", which in the heart is any pattern. Draw a "C" as a regular letter or as a Crescent with long horns. Inside draw a star so that its center approximately coincides with the center of the ring. The asterisk can be any number of rays. What color to paint it – depends on work style. She could be in the tone of the letter, similar in hue or contrast. For Christmas cards in black or dark blue background is better to make an inscription in gold, but if you congratulate someone with birthday letters and even their individual elements can be colored. Inside the letter "C" can also be spruce or pine branches, precious stones and other beautiful objects.

If you draw dragon, his head will be slightly thicker than the snake. Don't forget to draw stylized legs.

This letter "C" do not have to start with the ring. You can just draw an arc whose convex part is on the left. The ends it may diverge at any angle, because the snake has the ability to squirm as she wants. On the upper end of the arc draw a head is just thickening. Continue the inside line to near the lower end it is closer to the outside, the snake or lizard is in fact very thin tip of tail. Color the snake patterns.

Elements of avant-garde font can be any items. For example, what prevents the anniversary in a cafe to draw letters in the form of berries, apples, and even sausages?