How to get to the fortress Oreshek

The castle Nut has a second name – Shlisselburg. It is situated in the Leningrad region, in the place where the Neva flows from lake Ladoga. The fortress is located on the island, so you can get there either during navigation or in the winter when solid ice. 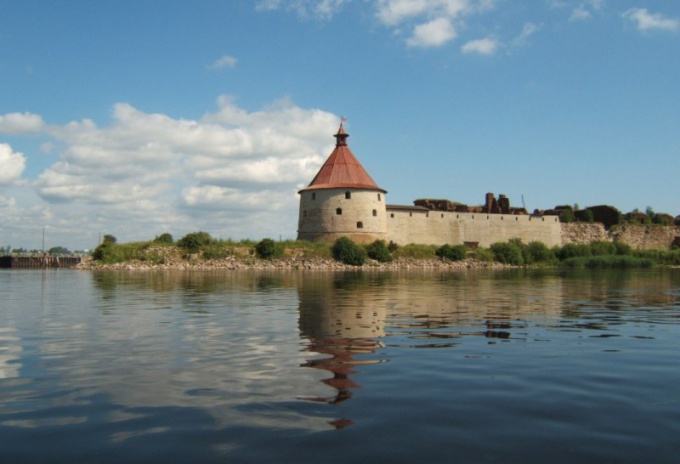 Related articles:
You will need
Instruction
1
On the banks of the Neva, between which is located the fortress "Oreshek" are Shlisselburg city and town. Morozov. In the village there is a railway station "Petrokrepost". To reach it it is possible from the Finland station of Saint Petersburg. The station is on the red line metro station called "Lenin Square". You train to Petrokrepost or to Nevskaya Dubrovka.
2
Before the town can be reached by bus, which go from the metro station "Ulitsa Dybenko". The station is on the yellow metro line. You need social or commercial bus 575. It takes about forty minutes – about two times less than on the train.
3
Permanent ferry service to the island now, no. There is only the ship "Aygun", it belongs in the fortress Museum, and brings tourists to the island during the weekend. It can be accessed both from the settlement to them. Morozov and Schlisselburg. This form of transport has one drawback – the Museum administration may change the schedule without notice. On weekdays, the island forward only tour group in advance.
4
But to move to the island even if the ship does not go. When you get to the pier (the road from the train platform takes only a few minutes), you will see many private boats. Their owners are willing to take curious travelers to the ancient fortress.
5
There is another way to get to the island. It is, however, a longer, but more interesting. This excursion boat. It could be a cruise boat on lake Ladoga and on. Some ships come to the island, but it is necessary to pre-learn at the tour Desk or travel Agency. There are ships engaged on sightseeing flights along the Neva river. To find a suitable flight can be on any Wharf, which is now in St. Petersburg very much. The journey by boat takes about three hours, so on a trip you will need almost the whole day.
6
The entrance to the Museum is paid, the ticket is a bit cheaper than for foreigners. The fortress is a branch of the State Museum of history of St. Petersburg. In addition to the exhibition, you will see and casemates, which were the most famous prisoners – and quite a lot of them. In addition, there is a memorial to the heroes of the great Patriotic war.
7
In winter, some fans of extreme tourism travel to the island on skis. However, in the cold season, the fortress can be viewed only from the outside, since the Museum is open from 1 may to 31 October. In addition, the Ladoga and the Neva river every winter is set sufficiently solid ice, and there are years when the prohibition of going out on the ice is valid all winter.
Is the advice useful?
See also
Присоединяйтесь к нам
New advices