How to reach Velikie Luki

Velikiye Luki – the old town in the Pskov region. Here is the fortress of the great Northern war. In this city is buried the legendary hero of the great Patriotic war Alexander Matrosov. According to one version, was born in Velikie Luki, another man-the legend – twice hero of the Soviet Union K. K. Rokossovsky. On the Soviet traditions in the homeland was established his bust. 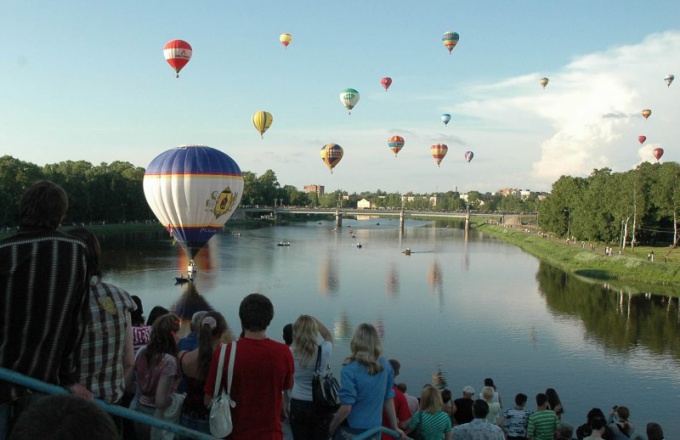 Related articles:
You will need
Instruction
1
Great Bow is near several major roads, including international ones, so that to reach a modest regional center special is not working. If you leave the capital, you need to get on the highway M-9 Moscow-Baltics. By the Great Bow you will not pass.
2
The road from St. Petersburg to Velikie Luki is also quite simple. From the Northern capital have to go through the Pulkovo highway in the direction of Gatchina. The road through this suburb is heavily loaded, so it's best to ignore it, the benefit of such an opportunity. Further you follow in the Meadow, and Borovichi to Porkhov. The journey time is the favorable scenario is about nine hours.
3
To the Great Bow and can be reached by train. Using this small town is a good half a dozen trains. There are direct flights from Moscow and St. Petersburg. Moscow trains depart from Leningrad station, St. Petersburg – Vitebsk. The time and in fact, and in another case is about ten hours.
4
By rail to the Great Bow and can be reached with a transfer. From Moscow or St. Petersburg you need to drive to Bologoe, then change in Velikie Luki or Polotsk train. It's not a very convenient option, but if you can accurately podgadat time, it is no worse than direct flights.
5
Another way to reach the center of Velikoluksky district – first to get to Pskov, and then the commuter train to Velikie Luki. You can transfer and commuter bus, road and rail stations in Pskov located almost next door.
6
There are also direct bus routes from Moscow and St. Petersburg. Moscow bus goes through the Pskov and Pushkinskie Gory. In Northern capital the buses run every day. In addition, a direct flight to Velikiye Luki can be reached from Smolensk. However Smolensk buses run only twice a week.
7
In Velikie Luki there is an airport. Once flights to Pskov, Novgorod, Moscow and Saint Petersburg were regular. But then their number decreased, and then they stopped altogether. It is possible that flights will resume now adopted a program of development of small aviation in the North-West Federal district, which provides for the resumption of air traffic in the Pskov region.
Is the advice useful?
See also
Подписывайтесь на наш канал