A child will inherit the eye color from a recessive-dominant trait. For the distribution of pigment in the front layer of the iris are responsible largely for two pairs of genes, a variety of combination of alleles which determine eye color in children. 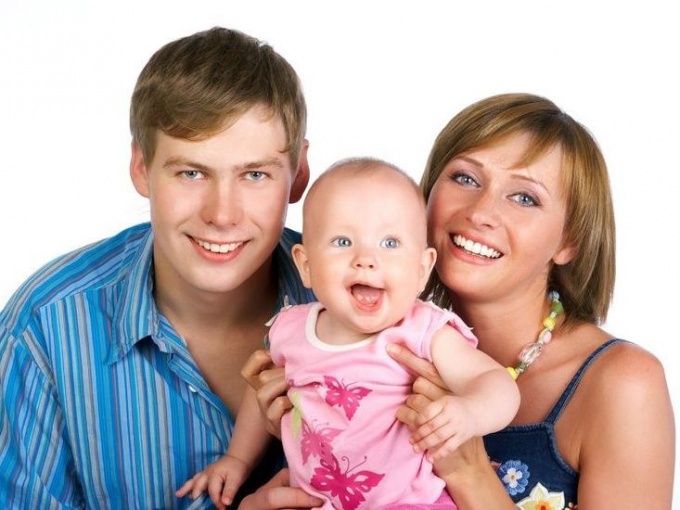 Related articles:
Instruction
1
Eyes have three basic colors – brown, blue and green, their inheritance causes the two pairs of genes. Shades of these colors are determined by the individual characteristics of the organism to distribute the melanin in the chromatophores, which are located in the iris. Affect the shade of color of the eyes are also other genes that are responsible for hair color and skin tone. For blond people with light skin typical blue eyes and blacks have dark brown eyes.
2
The gene that is responsible for the color of the eyes, is located in the 15th chromosome and is called HERC2, a second gene - EYCL 1 is located in the 19th chromosome. The first gene carries information regarding hazel and blue, the second green, and blue.
3
Dominant alleles in the HERC2 is brown color alleles EYCL 1 - green color, and blue eyes are inherited in the recessive trait in the two genes. In genetics it is customary to designate the dominant upper-case letter of the Latin alphabet, the recessive trait is lowercase. If the gene encountered uppercase and lowercase letters - organism for this trait is heterozygous and he shows the dominant color, and the hidden recessive trait may be passed to the child. Manifest the baby "depressed" trait when you inherit the absolute recessive alleles from two parents. That is, heterozygous brown-eyed parents may be born a blue-eyed child or green eyes.
4
Using Latin letters, brown eye color, which is determined by a gene HERC2, can be described AA or Aa, blue eyes corresponds to a set AA. When you inherit a symptom of the child is one letter from each parent. Thus, if the Pope is a sign of a homozygous brown eyes and the mother blue-eyed, the calculations are as follows: AA+aa=Aa, Aa, Aa, Aa, i.e. the child can get only a set of Aa, which is manifested by the dominant, i.e. the eyes will have brown. But if dad is heterozygous and has a set of Aa and mother is blue-eyed, and the formula is: Aa+aa=Aa, Aa, aa,aa, i.e., a probability of 50% that the child with blue eyes mom is with the same eyes. From blue-eyed parents, the formula of the inheritance of eye looks: aa+aa=aa ,aa, aa, aa, in this case, the baby will inherit only recessive allele aa, i.e. the color of his eyes is blue.
5
Alleles EYCL 1 sign of eye color is inherited in the same way as in the gene HERC2, but only the letter A stands for green. Nature is arranged so that the existing dominant trait of brown eyes in the gene HERC2 wins green present the symptom in a gene EYCL 1.
6
Thus, the child always inherits the brown eye color, if one parent is homozygous dominant set AA in the gene HERC2. If the parent with brown eyes conveys to the child a recessive gene a, i.e. the characteristic blue eyes, the color of the eyes determines a dominant trait in the gene EYCL 1. In cases where a parent has green eyes, does not transmit a dominant trait A and "gives" the recessive allele and the child is born with blue eyes.
7
Since eye color is determined by two gene, its shades are obtained by the presence of nepravishta signs. If the child has a genetic set of AA alleles in the HERC2 – in this case the eyes are dark brown. The presence in the gene HERC2 characteristic brown eyes by type Aa, and 1 EYCL gene recessive trait aa, causes light brown eyes. Homozygous trait green eyes AA at the locus EYCL 1 determines a more intense color than the heterozygous set of Aa.
Useful advice
To know in advance what the sign of the paired genes of the parents will give their child - impossible. As mom and dad don't know - they are homozygous or heterozygous, for any reason. To make the wrong assumptions not only in the presence of both parents the absolute recessive trait blue eyes mum and dad can't pass on to your child, except that color.
Is the advice useful?
See also
Подписывайтесь на наш канал