Every expectant mother with tenderness and awe awaits your baby. Who is it - boy or girl? On whom will he like me or dad? What will be the nature of what the mind, what color hair, eye color? 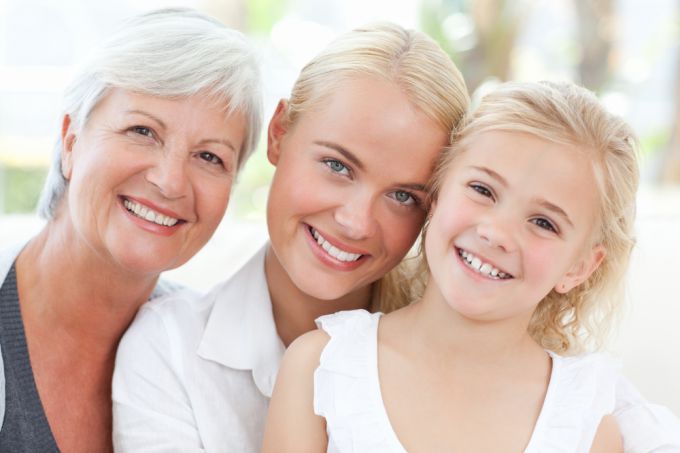 This process for all children ends at the time, but in most cases by a year, you can define a constant color. However a change of subtle shades in some cases lasts up to 3-4 years.

What affects the intensity of melanin production? Mainly from heredity. But don't think it's too simple - the child's eye color will not necessarily be the same as one parent or a mixture of their colors. On this subject it is useful to enlighten jealous and full of prejudices of the spouse, in order to avoid misunderstandings.

So, the child's eye color may differ from color of eyes mother and father. But some guesses based on the parent traits you can offer.

If one parent is brown-eyed and the other green-eyed, half of the cases the child will inherit brown eyes, 40% green and 10% blue.

Brown-eyed and blue-eyed parents 50% will get a brown-eyed child, the rest 50% will be blue eyed, but green eyes in this situation is not likely to succeed.

Green-eyed parents give birth to the same child in 75% of cases, in a quarter of cases the eyes of the offspring will be blue, and in the unlikely event (<1%) to be born a brown-eyed child.

Union blue and green eyes are unlikely to give brown eyed offspring, and their colors are distributed with equal probability (50%).

And finally, two blue-eyed parents with a 99% chance you will get the same child. In 1% of cases, they the baby will be born with green eyes and brown eyes have a child of such a pair is unlikely to emerge.

There are some cases when this rule may not apply. Sometimes there are people with an unusual appearance - they have different colored eyes. Though gone are the days when they were considered witches, supporters of the devil, and strongly eschewed, such a feature appearance still surprises and attracts attention. However, no damage appeal it causes.

The baby can be born accurate your copy, or Vice versa, would not you like, he may be the eyes of your husband, the curls your mother's freckles or your father. How important is that? Probably more important to make every effort to have your child grow up happy and decent man is a legacy and will be your main gift to him.
Is the advice useful?
See also
Подписывайтесь на наш канал