Why green eye color is the rarest 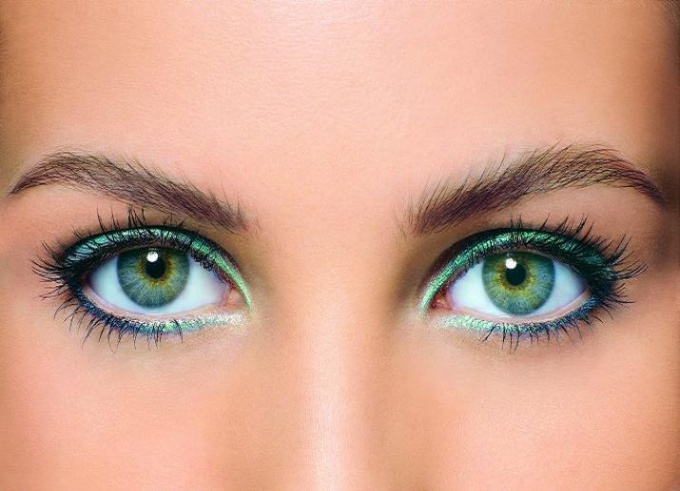 According to researches and statistics, the most rare eye color is green. His owners only make up 2% of the total population of the planet.

The green color of the iris is determined by a very small amount of melanin. In the external layer there is yellow or very light brown pigment called lipofuscin. Also present in the stroma and scattered blue or blue shade. The combination of dispersed shade and pigment of lipofuscin and gives green eyes.

As a rule, the distribution of this color unevenly. Basically there is a lot of shades. In pure form it occurs very rarely. There is an unproven theory that Zelenoglazoe associated with the gene of red hair.

Why green eyes are rare

Trying to figure out why the green eyes for today is a rarity, you should seek the possible reasons to the middle ages, namely to the time when the Holy Inquisition was a very powerful institution of government. According to its doctrines, owners of green eyes accused of witchcraft, was considered to be accomplices of the dark forces and burned at the stake. This situation lasted for several centuries, almost completely ousted from the phenotype of the inhabitants of Central Europe and without the recessive gene green iris. And since pigmentation refers to the inherited characteristics, the chance of its manifestations has decreased significantly. So green eyes have become rare.

Over time the situation has leveled off, and now the green-eyed can be found in Northern and Central Europe, and sometimes even in the southern part. They often can be seen in Germany, Scotland, Iceland and Holland. In these countries the gene for green eyes dominated and, interestingly enough, occurs more frequently in women than in men.

In its pure form, namely, the shade of spring grass, green color are still a rarity. Basically, there are diverse variations: gray-green and marsh.

In the countries of Asia, South America and the Middle East is dominated by dark eyes, mostly brown.

If we talk about the distribution and prevalence of individual colors of the iris on the territory of Russia, the situation is as follows: the holders dark color eyes have of 6.37 %, through the eyes of a transitional type, such as hazel, have 50,17 % of the population, and members of bright eyes - the accounting period by 43.46 %. It is to include all shades of green.
Is the advice useful?
See also
Подписывайтесь на наш канал