Why is changing the eye colour of the baby

Newborns color eyes mostly milky blue. After a while the eyes start to change, and the child of blue-eyed turns into a brown-eyed, blue-eyed and so on. 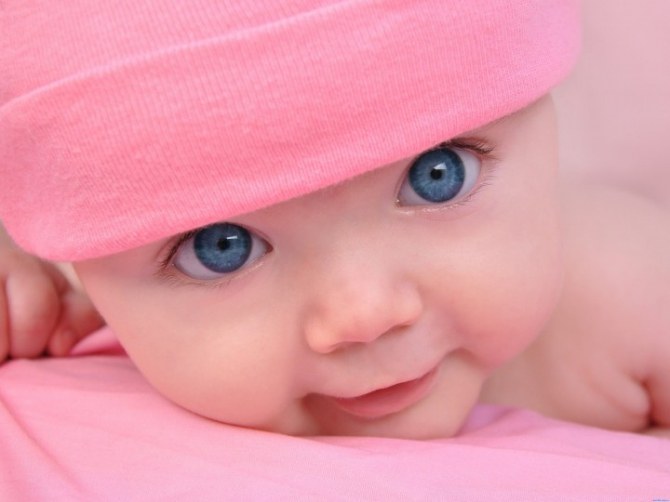 Related articles:
If the newborn has blue eyes, this does not mean that it will remain so. About three months the little one's eyes will change color, so parents should not worry if the child is not similar in this respect no one of the relatives. As its growth will change and the structure of the eye, and the color, and the ability to see.

Have a just born baby's eye structure similar to that of an adult. But full eyes can't function. Visual acuity of the child is reduced immediately after birth and a little later he can only see light and no more. But gradually with the development of visual acuity will increase. At age one the child sees about half as good as an adult.

Why are the eyes of newborn light blue

In the first months of life iris baby light blue or light gray. It happens so due to the fact that after the birth it is almost missing the pigment melanin. Changes in color of the iris depends on the presence of melanin and the density of the fibers.

Gradually, the eye color begins to change – with the development of the baby's body starts to produce and accumulate melanin. When a large number of eyes be brown or black, with small blue, green or gray.

The color of the eyes of children may change several times. This is because, the production of melanin changes as the child grows and develops. The final color of the iris is acquired when the child turns three or four years.

What determines the color of the eyes of a child

First of all the amount of melanin contained in the iris of the eye due to heredity. The reason – dominance characteristics at the genetic level. The complex of genes a child receives from their parents and more remote ancestors.

It is difficult to give an accurate prediction as to what color will the baby's eyes. If one parent has dark eyes, hazel, at the second light, the baby most likely will have brown eyes. The albino eye color can be reddish is a very rare pathology, in which the melanin in the iris is missing, and the color of the eyes determines the filling the vessels of the sheath of blood.

Some children are born with a phenomenon called heterochromia – one eye may be Karim, the other green.
Is the advice useful?
See also
Присоединяйтесь к нам
New advices