How the face changes with ageing

How many people live so many years and changed his face. The rise and decay of the face is a natural process and, unfortunately, inevitable. But you can prevent premature aging. Scientists propose different age groups, types, stages of these metamorphoses. Major life milestones the same: youth – maturity – old age. If the youth and maturity of the facial features long enough stable, in childhood and old age they undergo a fundamental change and transform the whole appearance of a person. 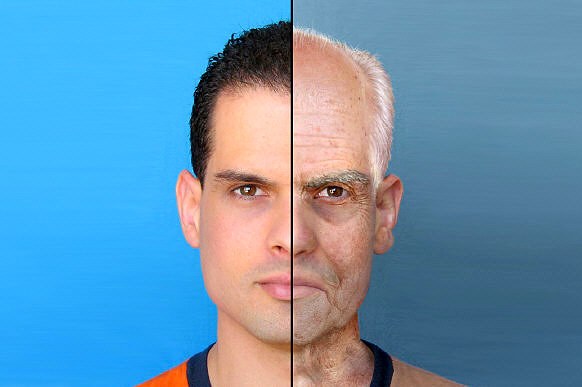 Related articles:
Instruction
1
Skin. This is, perhaps, the first thing you usually notice looking into the face of man. The children she is gentle, very subtle, pink due to the proximity of blood vessels, perfectly retains moisture. If your child's skin to take in the crease, she quickly straightened.
2
Gets thicker layer of subcutaneous fat and the skin that gives it elasticity. But subtle signs of aging appear in it after 23-25 years. So, in young and Mature age, to skinfold finished completely, it will take some time.
3
Women quality leather is very influenced by estrogen. After 30-40 years the level of this hormone starts to decline gradually, and the dermis becomes dry, a bit sluggish, the longer the healing. More prominent creases at the corners of the mouth, "crow's feet" at the outer corners of the eyes and nasolabial folds. There are small vascular "stars", sometimes the fuzz on the upper lip.
4
After 50 years a layer of subcutaneous fat and the skin again becomes thinner. It can not good to retain moisture and becomes dry. In his old age, so the skin loses its firmness, skin folds, wrinkles do not deal.
5
Further – more, the cheeks SAG, wrinkles increase, especially under the eyes. Becoming more loose skin of the neck. With menopause begin to appear dark spots, sun and cigarettes multiply them.
6
Muscles. Amorphous baby, over the years they develop a young age and gradually give your face some texture. Rounded face baby stretches and becomes oval. Muscles provide the young and Mature man with a wealth of facial expressions.
7
However, with age, not only biceps, but also the facial muscles gradually melt away. Their tone is reduced, and wrinkles subside deeper, and the corners of her mouth sank lower. Are stronger cheekbones. Jaw SAG, many of the hated "double chin".
8
Facial bone skeleton. Admirable as were the muscles and the skin, the appearance of a person is determined by the development of the bones of the face. Throughout life they change their form, shift.
9
So, with age, become larger than the eye socket. Because of this, the corners of her eyes expanding network of "crow's feet" and drops lower eyelids. And because of the shift of the bones of the brow on the forehead there are new wrinkles.
10
Old face bone changes and the lower half of the face. The nose is slightly longer and slightly sharpened. Cheeks SAG, the skin of the chin and the neck shrinks, the oval loses its former shape. To 50-55 years in the face usually increases slightly in width. Changed and their profile.
11
Facial features change drastically with the loss of teeth. If they do not replace the prosthesis, wear of the alveolar arc of the jaws. Then the nasolabial folds are particularly sharp, and the lower part of the face shortens and bulges forward.
12
In addition, in old age due to the loss of hair dramatically change the boundaries of the line of their growth. Graying eyebrows increase and visually close to the eyes, looming over them.
13
Iris eye fade, and the majority of very old people the eyes are the same grayish or grayish-blue. And the cornea may appear "senile arch" – a round whitish-gray Corolla.
14
Due to the small growth of cartilage in some people a little longer be the ears. Often they begin to grow coarse hair. Finally, the lips become thinner and red border is barely noticeable.
15
Most of the visual age-related changes in the faces of the women is in a period of 35 years until after menopause. Men, however, this fate usually befalls later from 45-50 years to venerable old age.
Note
Even a small shortage of vitamins, trace elements harmful to the skin and can cause peeling, redness, itching, inflammation.
Useful advice
The skin is prematurely aged, avoid sunburn, use sunscreen= wear hats.

Quickly ages the skin and dehydration. Regularly use moisturizing lotions. Try not to use Soaps that are dried (for example, "Child") and that too scented.
Is the advice useful?
See also
Присоединяйтесь к нам
New advices