How facial features change with age

Everyone grows old in their own way, but for different age periods, we find several characteristic features. Knowledge of these features helps artists and ordinary people who want to learn how to determine the age of the eye. 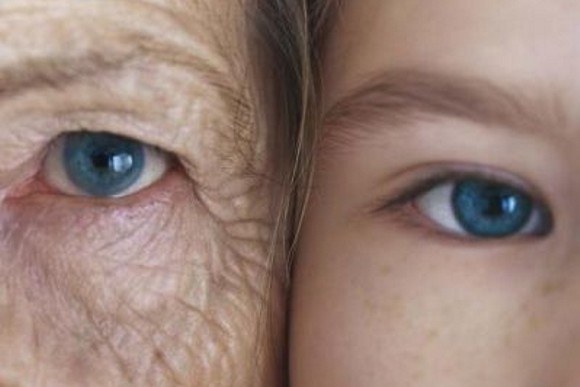 The transformation of children's traits in adults

The final formation of the skull ends by age 14. After that, the face starts to lose its baby softness, his features sharpened. Boys may appear first fuzz on her face and Adam's Apple growing. 20 years jaw, jawline and forehead become more pronounced, and the nose gets rid of the teenage roundness. Shaped the nose, the skin thickens and loses its baby softness. Already at this age may appear small wrinkles.


All the kids like each other, but with age in the face of evident traits, influenced by genetics and nature.

In the period from 20 to 30 years is the formation of the face. Cheekbones, chin and jaw become more prominent. Face is a little coarse, a sharp definition of its contours. Previously little noticeable wrinkles become more pronounced. During this period, the formation of a person is influenced by the nature of man - his features and facial expressions literally reflect not appearance. Eyes look deeply planted more than 20 years. Men may notice signs of baldness.

With 45 years on the man's face clearly reflected the signs of aging. The forehead, the eyelids and the corners of the mouth is covered by the mesh of wrinkles. The skin on the jaw droops a little. There may be a second chin. Oval face softened and becomes less sharp. Whiskey and the area of the eyeballs, on the contrary, become more defined. Both men and women appears gray. In 45 years, many began farsightedness, need glasses.

The aging process largely depends on heredity and lifestyle. Someone is turning gray already 30 years, and someone wrinkles appear only after 50 years.

By this age, the wrinkles are visible very clearly. There are bags and circles under the eyes. Hair become thinner, many men are completely bald. Sharpened nose bridge and eye area. The eyes themselves are planted deeper. Are sharper eyebrows. The skin droops and thins, through it you can see a relief of the skull. Upper eyelids, cheeks and earlobes become more fleshy and lose sharpness.