How not to serve in the army legally

Most of the male population of Russia aged till 27 years with a sinking heart waits for spring and autumn calls, starting in early April and October. Some people take loans to bribe or find themselves in a lot of fictional diseases that are examined from year to year, the more conscious guys looking for the opportunity to legally obtain a deferment from the army or military ID. 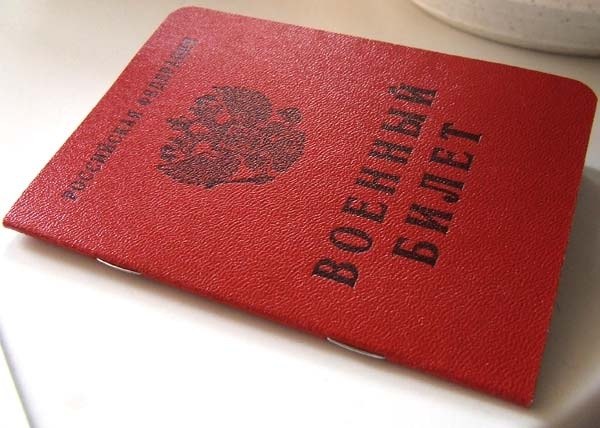 Related articles:
Instruction
1
Federal law of 28.03.1998 № 53-FZ "On military duty and military service" articles 24 and 25 sets forth a complete list of deferment and the reasons for exemption from military service. Deferral may be given for a period of 6 months until age 27, so that received the last also can breathe freely. There is only the danger of losing her due to the disappearance of the reasons or changes in legislation. Push the probability of conscription to six months can serious diseases and survey year is easy hypertensive heart disease, and some other reasons. They all have to be officially confirmed by the medical act, written by the doctor and stamped by the medical institution. Together with other acts of inspection of the more serious illnesses of recruits of the paramedic Department of the military Commissariat sends them to the military medical Commission, which shall decide about the postponement or exemption from military service.
2
Get a deferment of young men engaged in the care of sick close relatives, if they have no one left to care – until 27 years of age or the disappearance of the base (death or recovery). Also the army will not have to go to the guardian of a minor child or his father, if no mother. Young families with two or more children will not lose their breadwinner and dad of a young child with a disability will receive a deferment until they reach 3 years. It also provided for the citizens of military age having one child and a pregnant wife who needs to take women advice help, that her term of pregnancy more than 26 weeks. Will not go into the army, firefighters, customs officers and other employees of the state agencies specified in clause z of article 24 of the Federal law No. 53, but if they will be laid off up to 27 years, they will call.
3
Pupils and students will be able to finish education and get a degree, and pupils who complete it in 18 years and in terms of time to get into the army, will receive a deferment for enrollment in a school, College or UNIVERSITY, even if you do not have such intention. Discharged the same call, even if they again will go to another school. If the recruit does not fall under any of the listed items and has excellent health, but fundamentally does not want to take up arms, he may apply for alternative civil service, but it must be written not later than six months prior to the call. Served in the armies of other States and obtained citizenship of the Russian Federation become the holders of its military assistance. Not recruited young men, close relatives of whom died in the military service or later from injuries sustained during her performance, and more positive reason – the academic degree. And the last reason is a conviction, and the status of a suspect in a criminal investigation.
Is the advice useful?
See also
Подписывайтесь на наш канал