When drafted into the army

All men - citizens of the Russian Federation shall perform military duty in a military service in the Armed Forces of the country. In case of evasion of service, the man faces criminal liability. 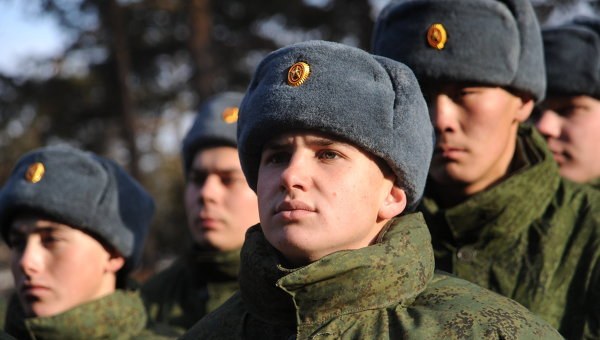 Military service - performance of a constitutional duty. According to the Federal law "About a conscription" conscription shall be citizens of the country aged 18 to 27 years old, permanently residing on its territory. Non-residents are not subject to appeal and not even included in the military records. From 1 January 2008, the service life was equal to one year.

There is a possibility to carry alternative service. But its term exceeds 12 months and is equal to 18-21 months. This right is given only for special indications.

Persons who have completed the military departments, become officers and credited to the reserve.

When a young person turns 17, he should be required to undergo a medical examination. The Board of physicians is conducting a survey of men reveals disease pathology and makes a decision about whether he is fit for duty or not. If fit to serve, they will be issued a registration certificate. In 18 years the young person receives a summons from the recruiting office. Then he will undergo a second medical examination. Identifies possible reasons for the delay. Higher and secondary professional educational institutions provide a reprieve to the young man at the time of training, this rule does not apply to external students. If no reading is to serve in the Armed Forces of the Russian Federation, the guy reported date and time when he will need to appear before the draft Board with things.

On the day of the call, the guy should come with everything you need in the district draft Board. All recruits are sent on a bus to a Central collection point. There is another medical Board. The army needs to get only healthy and strong young men. Further recruits are talking to representatives of military units, talk about the army routine, what you need to prepare and what they should not do. All issued ordinary form. Things you can't take it with you in part, are removed and sent by mail to your home address. If the ordinary, for whatever reason, has not received a distribution in the part, he spent some time living in the recruiting office.

It happens that after a third of the medical Commission of the young man for medical reasons to be not fit for service, and he was sent back home.

In 2014, the spring appeal begins April 1 and lasts 3 months until 15 July. And the fall, the call goes from October 1 to December 31. According to the Minister of defense Sergei Shoigu, the number of conscripts will be reduced significantly for tens of thousands of people. The armed army will be supplemented by contract. This will allow the military not go after those who want to avoid military service. And do not will be forced transoms boys due to the lack of mobilization reserve.
Is the advice useful?
See also
Присоединяйтесь к нам
New advices