What were the names of all the Teletubbies

Teletubbies - the world famous TV series for kids. At the time, he has gained great popularity among young viewers. The names of the characters on the show are announced at the beginning of the series in the form of a simple, but rather catchy songs. 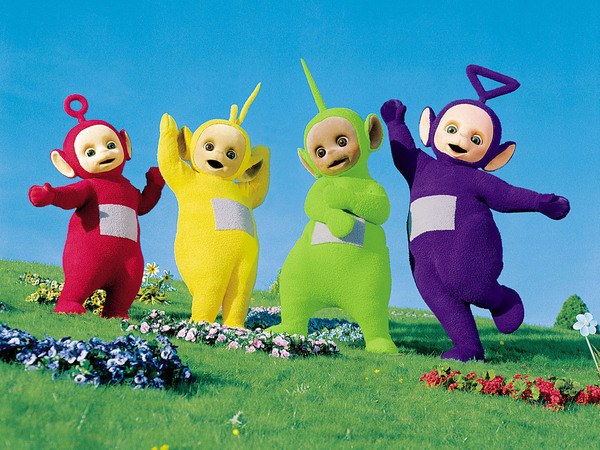 Related articles:
Instruction
1
The kids can easily remember the names of the Teletubbies because of its Association with their age, size, and color. The series is designed for children aged 1 to 4 years. Heroes plush humanoid beings of different age, sex, level of development, and even nationality. They live in a magical land Telepathie. In their stomachs embedded TV screens, and their heads decorated with the antenna. Daily activities the Teletubbies are dancing, playing, eating puzi-pancakes and the solution of difficult problems.
2
Teletubbies communicate with children from all over the world when the wind blows and begins to work magic mill, the viewer sees on the screen pictures of the different kids. With the heroes of the series are always interesting events occur. In addition to the Teletubbies, in a magical land inhabited by rabbits and a vacuum cleaner named, well, Well, do all the housework. The Teletubbies have a very limited vocabulary, and the series is built on a large number of repetitions. Life Teletubbies carefree and joyful.
3
Tinky-Winky - Teletubbies purple color. The oldest, largest and resourceful character in the TV show. On his head wears a triangular antenna and never forgets about his favorite toy - a bottomless red bag. Loves to run, dance and lie on the ground. According to the creators of the program, tinky-Winky meets the development and level of intelligence of a four year old child.
4
The dipsy - Teletubbies is green, a little younger and smaller than tinky-Winky. The antenna on his head has a rod-like shape. On the face is more dark than all the other Teletubbies. The most stubborn and intransigent character. Dipsi loves to perform a variety of unusual moves and steps. Always carries a black-and-white soft cylinder. The level of development equal to three-year-old.
5
Lala - teletubby yellow, girl. Is the antenna in the form of lightning, can't live without singing and dancing, the lively and cheerful character of the show. Always laughing and is in motion. Loves to play with a large orange ball, the size of the superior herself. Age Lyali 2 years.
6
In the youngest heroine of the program. The color is red. The least in size. Age is only 1 year. As the smallest representative of the Teletubbies, is often naughty and disobedient. Sometimes it may even hurt their friends and quickly forget about it. Has a high level of self-confidence and likes to have everything as she wants. Often problems in a fictional space program about the Teletubbies are taking place because of her. For got the antenna in the form of a ring, symbolizing the planet Venus. A favorite toy little girl is a scooter.
Is the advice useful?
See also
Присоединяйтесь к нам
New advices