The Characters Of Sesame Street

"Sesame street" is one of the most popular children's TV shows around the world. It was created by American and Russian psychologists and educators. In addition, experts in the field of child development has ensured that this show was the most attractive and accessible for preschoolers and children 12 years of age. 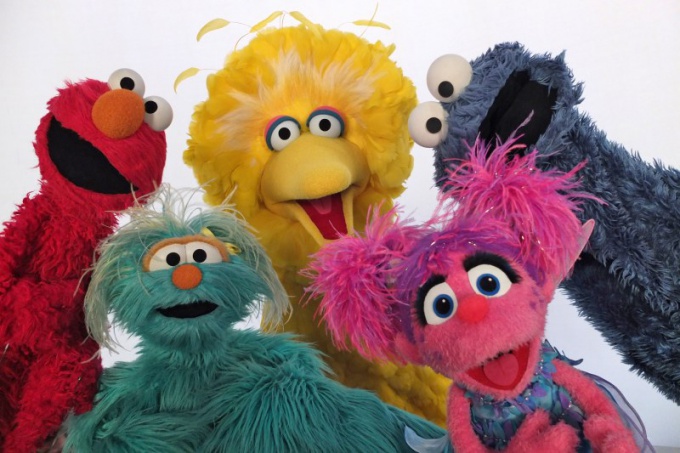 It should be noted that in the framework of the Russian television "sesame Street" was first published in 1996, the year on TV channels ORT and NTV. The first channel would show up to the 2000 year and the second by 2004. From 2000 to 2008-th years of the beloved children's television show went on the entertainment channel STS. Today show "sesame Street" on domestic television closed, but in America the show goes on.

This fun children's television show teaches children not only to count and read, but in the form of a game provides knowledge about the main values and norms of modern society. Blue screens of TV kids will learn about what positive and negative traits of a person learn in the game to solve certain social conflicts peacefully, etc.

In addition, "sesame Street" is designed to raise a child's self-esteem, make him an optimist, learn to take a proactive stance, and encourage his curiosity towards the surrounding world. They are helped in this Cube, Zeliboba, bead and other fun, good and funny characters. You should get to know them better.

The Characters Of "Sesame Street"

Cube. This is a fun monster bright orange color. On his head he has hair dark red. Its distinguishing feature is the ability to invent something. Moreover, the invention can be quite unusual and strange, and familiar (e.g., bike). Interestingly, the Cube is able to persistently think even over the most trivial problem. It is worth Recalling that his favorite words: "If you think about it...".

Bead. This is too funny monster, just a girl. It is painted in bright crimson color and has a great variety of braids. Bead – still the one fashionista. She just loves to dress up in different outfits. Special passion bead nourishes the bows. Also, this character likes to listen to some music and eat carrots.

Zeliboba. Externally, this character looks like a huge shaggy dog walking on its hind legs. He had blue and thick fur like a mantle, on his neck hangs a colorful tie, and on his feet, wearing a huge white sneakers. Zeliboba lives in a giant oak tree, located near the Playground.

In General, the creators of "sesame Street" say that Zeliboba is a neighborhood spirit. He is the patron of the living area, presented in the television show. The creators gave the character of exceptional goodness, gullibility and curiosity. Zeliboba has a phenomenal sense of smell: he feels not only different odors, but the weather, music and even someone's mood.

Zeliboba just loves to prank your friends – Cube and Bead. For example, he can pretend to be a foreign tourist. Initially, the color "wool" Zeliboba it was assumed brown, but the Russian developers have opposed this, referring to the color blue as more associated with the spirits.

The company these three cute characters are people – aunt Dasha, who works as a janitor at a local yard, the girl Katya and her parents – mom Nina and father Sasha. In addition, the international version of "sesame Street" implies the existence of minor characters, which frames included in the Russian version of the TV show. These characters are funny buddies Vlas and Enik, but the interviewer named Kermit, Big Bird, cookie monster, Elmo, Oscar, Sign.
Is the advice useful?
Присоединяйтесь к нам
New advices