What is the armor in "Skyrim" the best

Computer game Skyrim gives the player many different possibilities for game interaction, which occupy an important place of battle. In this game no two the same battle, because each of them uses different skills, weapons and armour that significantly affects the nature of the battle. 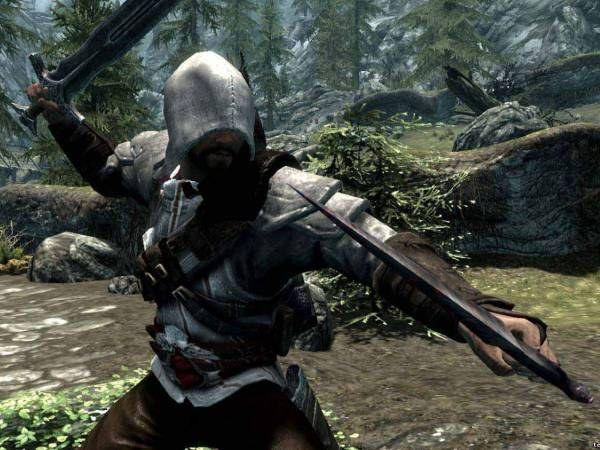 Related articles:
In the universe of the world "Skyrim" there is a great variety of races and peoples who make and use armor depending on their living conditions and tactics of warfare. By far the best armor does not exist, but for each playing style is the most suitable set of armor.

For the class "warrior" there is nothing more suitable than heavy armor. Due to the high degree of protection, she wears less and better protects the player from physical and magical effects. Wearing it, the player must remember, that quickly and quietly move in it is quite difficult, and at long range does not run, so scouts and travelers, this type of armor is not the best choice.

Heavy dragon armor, although less efficient than Daedric armor, but a little lighter and stronger, and everything else, meets a little more often.

Ebony armor is rare, but still quite common type of heavy armor. This armor protects better than metal, but weighs a lot, which affects the stamina of a game character.

Dwarven armor is the best heavy metal armor. Usually found in dungeons, has average defensive stats, which quite correspond to the average weight.

Metal armor – this includes iron, steel and orcish armor. They have average defense, but a lot of weight. However, in the early stages of the game they are quite effective.

This type of armor is used by characters for whom melee is a necessary measure. It is worn by the thieves, mages, archers – all those who strikes the enemy at a distance or in the back. The benefits of this type of armor consist of low weight, which allows you to keep endurance and the ability to quickly and quietly move. The reverse side is the fragility and low strength, as well as lower, compared to the heavy armor, protection settings.

Easy Dragon armor – undoubtedly the best form of light armor. Combines protection level heavy armor with low weight. Very rare, which is not surprising for armor with such characteristics.

Glass armor is worse than dragon, but still has high for light armor, the level of protection. The disadvantages include not only the rarity of dissemination, but also its fragility, for which she requires frequent repair.

Elven armor is found frequently glass and has solid characteristics, such as strength and protection. This armor is available from the most expensive and rare types of light armor.

Leather light armor include lamellar, leather, riveted and rawhide armor. These armors are easily available to the player, but their performance is low.
Is the advice useful?
See also
Присоединяйтесь к нам
New advices