As for The Elder Scrolls 5: skyrim to build a house

The fifth game of the legendary series of The elder scrolls called Skyrim offers players a deeper dive into the fantasy world Nirn universe. Here you can not only explore beautiful Northern land, to join one of the warring parties, to fight with evil spirits, but also to engage in more mundane pursuits: to work in a sawmill, cook, make weapons and even to build a house. More precisely, the possibility of building your own home is added when you install add-on for the Elder Scrolls V: Hearthfire. 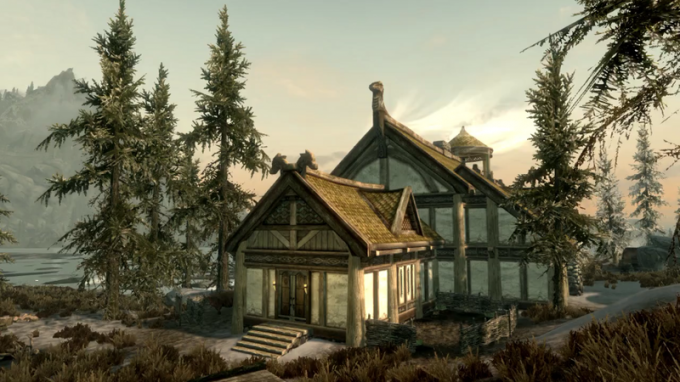 How to buy a plot for house in Skyrim

Buy the Hearthfire addition to the game The elder scrolls: skyrim and install it. This can be done using the install disc purchased in store, or by downloading directly Supplement through the official website of the game via the Playstation Store or Xbox Live if you play on the console.

Start the game and send your character in one of the following cities: Falkreath (located in the South, near the border with the province of Cyrodiil), Dawnstar (located on the Northern coast of Skyrim to the East from the capital of solitude) or Mortal (among the marshes in the Central part of the province).

Go to the house of the Earl and find the Manager. Talk to him in the dialogue will be able to say that you want to build a house. For that you will take five thousand gold coins, so you need to take care of to accumulate the required amount of money. If the city has a major piece of unfinished quests, the Manager will ask you to finish these things before buying land for a home.

If you bought land in the same city, and then changed his mind and decided to live in another, do not worry – if you have enough money to build homes in all three cities.

After talking with the Manager is completed, you will have a new quest, the first task is to reach the purchased land. Follow the arrow on the compass and find an area prepared for the construction: it will be a drafting table, a chest of materials and carpenter's workbench, on which the book is "How beginners in the economy". Read the book – it will give a new skill of building a house.

How to build a house

Use the drafting table to build a house. The house is built piece by piece, for starters, you can build a "Small house", to which are attached a library, a kitchen, alchemy lab, bedroom, trophy room. For the construction of needed resources: wood, clay, stone. For a small house materials on the site, enough, but as you expand, you will need to get them additionally.

Wood can be bought at any lumber mill in Skyrim, clay can be found on the site or in the surroundings is a land of reddish color, which is extracted as ore with pickaxes. The stones also need to look outside the city, in the mountains.

After the construction of the house, go inside, where it will be carpenter's workbench – it can be used to furnish and decorate the house. If you have enough materials, you can make a variety of furniture items and the alchemy table, enchantment table, decorative candle holders, chests and more.

On the site around the new house, it will be possible to raise animals or to grow vegetables. You will also need to protect a new home from the attacks of giant rats or giant.
Is the advice useful?
See also
Подписывайтесь на наш канал