How to become a Jarl in skyrim

Famous role-playing game TES IV: Skyrim allows players to dive deep into the world of snowy fantasy world, reminiscent of the possession of the Vikings, and try yourself in different roles: lumberjack, cook, adventurer and even the assistant of the Jarl. Earls – rulers of the regions around the province of Skyrim, they are always looking for helpful person who will serve as alternates. But unfortunately, the game doesn't allow you to take their throne. 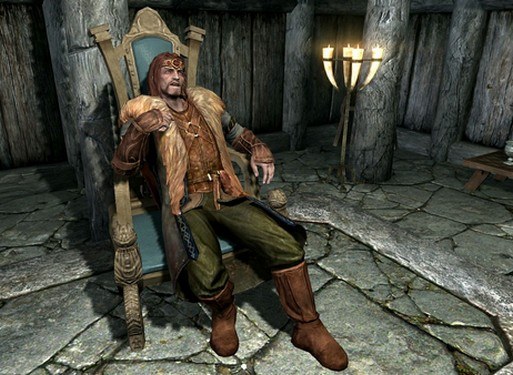 A label – rich and powerful Nords (sometimes other races) who occupy the thrones in the major cities, capitals, territories, or areas of Skyrim. They are divided between nine holds, that is, in the game there are nine jarls. But none of the quest in the official version of the game does not allow for this post: all the jarls thrones are occupied, but to overthrow them or kill is impossible.

But you can approach any of the governors, having received the highest post – tan. For this you need to meet with the Jarl in the throne room of the city, to talk to him, then the head of the city either decides to reward the player with this title right now based on the many useful and good deeds done for the welfare of the city and its inhabitants, or will ask to help him to complete several quests.

And the Earl does not mention exactly what tasks need to be done to draw attention to themselves. You will have to walk around town, talk to residents about their problems, try to solve them.

For example, in Dawnstar to obtain the title of Thane it is necessary to bring the void salts to the local Captain of the Black Storm, find Frida the ring of pure mixtures", and to look for the book "Night falls on sentinel" to Rustleaf. Jarl finds out about your Affairs and next time, during a conversation with him will offer the title of Thane will provide a personal bodyguard – huscarl and tell you to buy a house. But even as he neared the Earl, to take the throne of the impossible, it is impossible even to kill these characters important to the game.

From time to time on forums and in articles about the game Skyrim there is a "secret information" on how to become a Jarl. For example, there were rumors that after all the tasks of the Night Mother after completing the main quest of the Dark Brotherhood, you can get the coveted title. Of the 54 jobs, according to this information, last Night Mother was ordered to kill the Jarl of Whiterun, then you can take his throne. But persistent players checked this possibility and found that it is not.

How to become a Jarl?

There's only one way to become a Jarl in Skyrim – using unofficial mods for the game. In one of them you can become a Jarl of a new city of Leverhulme, and not just to get a nice title, but to truly address the Board: to collect taxes, to invest in the development of the city, and to develop trade.

Another mod allows you to become Jarl already exists in the game city of Averted, it needs to go a long, but fascinating quest. After receiving the coveted throne, you can take control of the city and the castle: to punish the inhabitants, to keep order, parties at the Palace.
Is the advice useful?
See also
Подписывайтесь на наш канал