The headquarters of the company is located in Tokyo. Tire and other products produced by 180 plants in 25 countries. In the US there are 14 tire plants in Japan — 10 China — 6, Thailand -5, in Brazil, 4 in Mexico, Belgium and Spain— 3, India, Indonesia, South Africa and Poland — 2. There are tire plants in Australia, Taiwan, Turkey, France, Italy, Hungary, Canada, Venezuela, Argentina and Costa Rica. 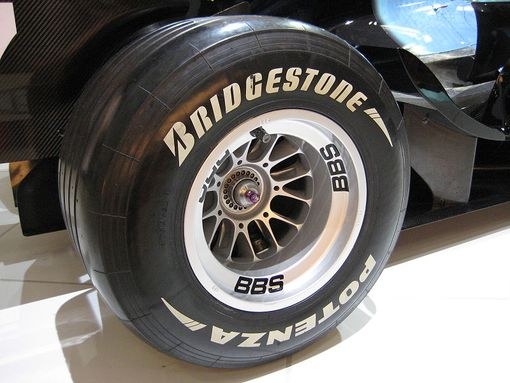 The early history of the company

The company Bridgestone was founded in 1931, Ishibashi Shojiro. The name of the company - the literal English translation of the surname of the founder. In Russian language the name literally translates to "stone bridge."

The first plant for the production of tires was built in 1934 in the Japanese city of Kurume. In the thirties of the last century, in addition to tires, the company also produces sports goods, hoses, belts, insulation materials, brings her then the bulk of the profits.

During the Second world war, the firm was forced to service the needs of the army. During one of bombing the headquarters of the company were destroyed. Lost documentation. But the survived plants in Kurume and Yokohama, which gave us an opportunity after the war to establish the output.

In the fifties the company was developing rapidly. The company took first place in the production of tires in Japan. Annual revenue from sales reached ten billion yen.

The sixties were years of the beginning of the expansion of the company "Bridgestone" on the international market. In 1965 opened the first overseas factory in Singapore. Soon production of tires started at the new plant in Thailand. Was opened trade representation firms in North America.

Expansion continued in the seventies. Bridgestone have built factories in Indonesia and Iran. The company also purchased from local manufacturers producing tyres in Taiwan and Australia.

In the eighties, Bridgestone continued its strategy of overseas expansion with the aim: to become one of the three largest producers of rubber products in the world. Under this strategy, the firm bought the company, "Firestone" plant in Tennessee. He became the first production site of Bridgestone in North America.

Well, 1988 was purchased by myself, "Firestone", and the second, at the time, tire the company in the Americas. Therefore Bridgestone has grown into a global Corporation. Its manufacturing facilities are supplemented by several dozens of plants in North, Central and South America. In 1988 the company began operations in Europe.

In the nineties, the Corporation continued to expand its business in global scale. New production facilities were established in Thailand, India, Poland, China and the United States of America.
Is the advice useful?
Подписывайтесь на наш канал