What a stomach at 4 months pregnant

The growing belly is the first sign of pregnancy that cannot be confused with anything else. Every expectant mother is closely watching the changes in her figure, and to the 4th month of pregnancy these changes usually become visible to others. 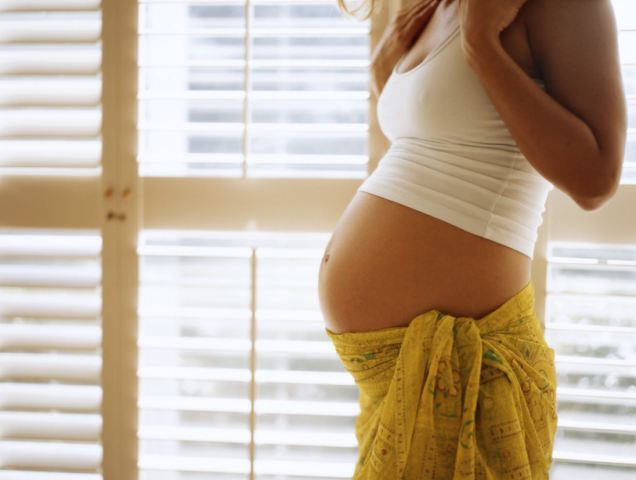 Related articles:
Instruction
1
The fourth month of pregnancy - a special time that deserves the attention of the expectant mother. It is at this period many are first beginning to grow a belly in the first trimester of pregnancy was almost unnoticeable. Usually at an earlier time the belly begins to grow with repeated pregnancies. Women who are preparing to become mothers for the first time, abdomen is rounded at the beginning of the second trimester. Slim women already by the fifth month forced to update your wardrobe: the old things becomes too small for the growing belly.
2
Sometimes noticeable enlargement of the abdomen by the fourth month of pregnancy due not only to the growth of the fetus, but also disorders in the digestive and excretory system. Constipation, bloating, slight swelling - this can lead to premature increase in volumes. The bowels may worsen due to serious hormonal changes that occur in the female body in early second trimester. In addition, the uterus increases in size and puts pressure on the intestines.
3
If there is no external signs of pregnancy in the fourth month haven't seen, do not panic. Doctors say that the rate of growth of the stomach is a highly individual figure, which depends on many factors. Among them - heredity, body type expectant mother, her height and weight, as the abdominal muscles. From petite and slim girls belly could be rounded much earlier than large and full of ladies.
4
By the fourth month, the fetal weight reaches 100-200 g, and the length of the baby reaches 12-14 cm, Height of the uterine fundus is 16-17 cm, the uterus acquires a rounded shape and becomes visible. In multiple pregnancies, the volume of the uterus increases significantly: the mother of twins or triplets will notice the increasing stomach on the second or third month of pregnancy. The increase in the volume of the stomach depends on the food of the expectant mother. Normal weight gain in the fourth month of pregnancy varies from 1.4 kg to 3.5 kg. the lower the body mass index of women before pregnancy, the higher the rate of weight gain. In order to prevent excessive weight gain, a woman should be attentive to the daily diet.
Note
If before the pregnancy the expectant mother is actively involved in sports, the stomach may start to increase later than usual. The reason is the trained abdominal muscles that expand more slowly and allow longer maintain a slim figure.
Is the advice useful?
See also
Подписывайтесь на наш канал