On what month it becomes visible belly during pregnancy

From the moment of fertilization to birth is 9 months. Every month tummy of a pregnant woman increases in size. Some pregnant it becomes visible a little earlier, others later. Someone's belly is large, and someone barely visible. What a tummy will be the woman during pregnancy depends on many factors. 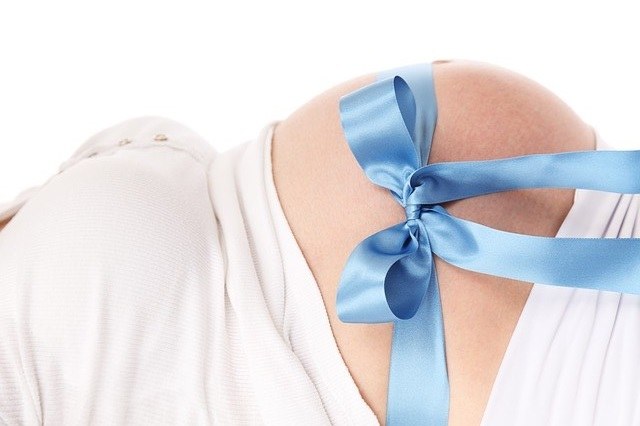 Related articles:
Every pregnant woman wants people to notice her situation. Especially if this desirable first pregnancy. Some are starting to buy maternity clothes already since as soon as he learned about his interesting position. Others spend a lot of time in front of the mirror, trying to see, whether have already widened their tummy or not. A definite answer to the question when the belly begins to grow, no.

Factors influencing the growth of the abdomen of a pregnant woman:

In the first pregnancy a woman may notice that her tummy is starting to round up after 16 weeks. Of course, for others it is to be unnoticed. In second and subsequent pregnancies, the stomach starts to become visible a little earlier. This is due to the fact that the uterus and muscles of the anterior abdominal wall had already been subjected to stretching.

If the expectant mother have a narrow pelvis, her tummy starts to be visible earlier than those of mothers with wide hips. The uterus these women can't grow to the sides because of their anatomical features, so it begins to rise above the pubic bone.

From moms who are expecting the birth of two kids, the belly becomes noticeable on the third month of pregnancy.

Another important factor is heredity. If all maternal women during pregnancy went with small bellies what to expect tummy large size is not necessary.

After 16 weeks of pregnancy, most mothers begin to think about changing the wardrobe. With the purchase of clothing for pregnant women tighten not worth it. To wear drawing abdomen, is dangerous for fetal development.

In what month belly of a pregnant begin to see the surrounding?

Interesting women who bears the first baby, it becomes noticeable to others closer to the seventh month of pregnancy. Pregnant for the second time in a month early. Maternity leave women leave at 30 weeks. This is because after this point the stomach begins to grow very quickly. If before then the baby in the womb was developing, now its main objective is weight gain. Closer to 36 weeks pregnant woman due to the large abdomen, which presses on the diaphragm, it becomes hard to breathe. This discomfort will pass in two weeks to delivery at 38 weeks.

As obstetrician-gynecologists measure the belly during pregnancy?

Starting with the 20th week of pregnancy, an obstetrician-gynecologist at the reception will measure indicators such as height of standing of bottom of uterus. According to it, doctors can determine whether the pregnancy develops and the fetus. Height of standing of bottom of uterus is measured from the symphysis to top of uterus. Since 24 weeks, the figure must be equal to the gestational age in weeks. When the uterus before childbirth is lowered, it decreases and becomes equal to 32 cm.

It so happens that the same women with multiple pregnancies, the stomach size is different. The doctors say that every pregnancy is unique. Consequently, exactly the same tummies does not happen.
Is the advice useful?
See also
Подписывайтесь на наш канал