How to use candles "Genferon ®" during the month

Medicinal candles "Genferon ®" are immunomodulator and antiviral agent, which include interferon Alfa-2b, taurine and benzocaine. Women are interested in, is it possible to use "Genferon ®" during menstruation and how it affects their health in this period. 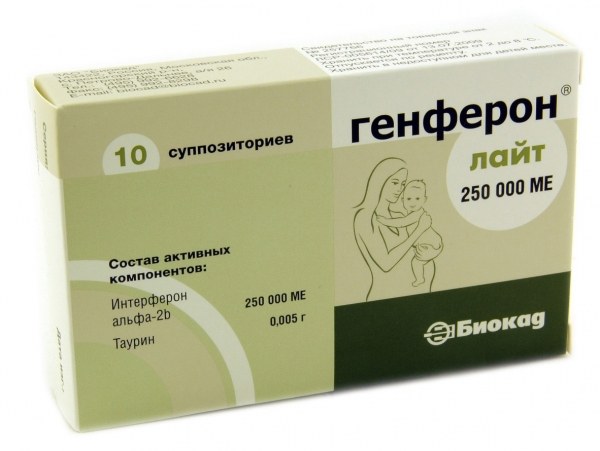 Candles "Genferon ®" are effectively combined and due to its universal composition. Interferon improves local immunity and kills a variety of bacteria, activating the production of white blood cells directly to the site of infection, and cleanse the body of viruses. Taurine has a restorative, anti-inflammatory, hepatoprotective and antioxidant properties, quickly and effectively regenerating damaged tissue and cells.

Candles "Genferon ®" prescribed for vaginitis of bacterial origin, genital herpes, thrush, papillomavirus human, cervical erosion, cervicitis, bartholinitis, urethritis, adnexitis, balanitis and flu. The drug can be used to pregnant women and children under the age of six years, but he denied having different allergic reactions to its components or autoimmune pathologies in the acute stage.

The Application Of The "Genferon®"

In inflammatory and infectious diseases of the genitourinary system candles "Genferon ®" use one suppository twice a day vaginally. The medicine should be used daily for ten days. Chronic diseases require treatment for three months, one suppository three times a week. During the monthly use of the drug "Genferon ®" is not contraindicated however, if an abundant menstruation, a woman may temporarily apply them vaginal, and rectal route.

Vaginal application of these candles is stronger than is expressed in their local effect, whereas rectal more noticeable systemic effects.

The rectal form of "genferon ®" is more convenient and preferable for use during menstruation, while from its vaginal forms in this period can be waived solely at the recommendation of their attending physician. With it is also desirable to discuss the necessity of using only one "genferon ®" and the ability to complement the drug has any medicinal products with better efficacy and convenience in use. Perhaps at the time of menstruation the doctor will replace the "Genferon ®" other immunomodulatory and immunostimulatory drugs that are taken orally.
Is the advice useful?
See also
Присоединяйтесь к нам
New advices