Any human body temperature "jump" all day. Drank a glass of hot tea, moved the wardrobe, nervous, out in the cold – the temperature immediately increases, then decreases by 0.1-0.5 degrees. In the morning it minimum to the evening maximum. Importantly, the temperature does not go beyond the limit of the rules. If fever lasts a long time, it is a reason to suspect a hidden inflammatory process. 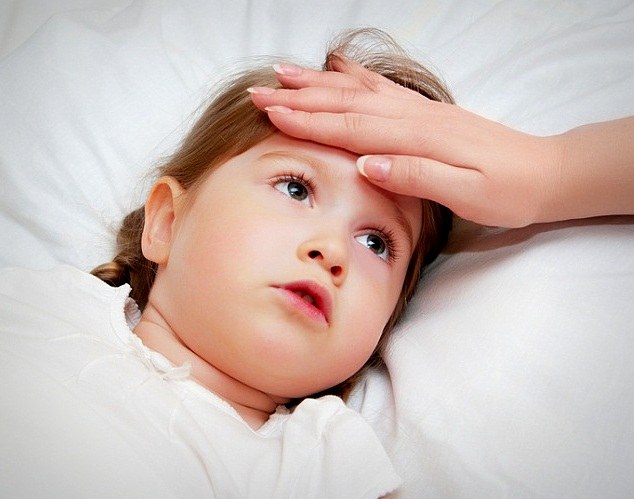 The temperature limits of the body

36,6 oC – classic body temperature, and the slightest deviation from this number is sometimes viewed with apprehension. But all very individually!

This temperature is typical of many high-strung people with a delicate nervous system. Often in women during ovulation and by the end of the menstrual cycle it also rises slightly. And pregnant 37,3 OS – common.

Frequent cases of the so-called thermoneurosis. In case of strong emotional shocks, physically demanding exercise, change of climate, time zones, the temperature regulation may fail. It is especially characteristic for another imperfect child.

A significant rise in temperature – a remarkable defense mechanism of the body. It is a powerful weapon in the invasion of pathogenic microbes. And if it is not above 38.5 OS, to reduce its antipyretic agents is a big mistake.

Cheerleaders must stably kept for a long period of time is slightly increased, subfebrile temperature: 37,2-37,5 OS (at least – to 37.9 oC). In such cases, angrily complain, I prefer the heat than the low-grade fever. Why? In this we must stay calm to understand and find the cause.

What may signal a low-grade fever

Most of all – about the outbreak of the inflammatory process. What? Since few people regularly monitors the health of your teeth, this is a banal caries. Tooth still hurts, but a long process of destruction develops gradually, and the body responds by an increase in temperature.

Many are familiar with this indeterminate state, when you, like, not sick, but not healthy. Often starts like a cold, viral infection of the throat, bronchial tubes.

In the twentieth century, some infectious diseases was leaking badly, violently, and today the picture of development "blurry", sluggish. For example, pneumonia, tuberculosis or toxoplasmosis can not be issued, except subfebrile temperature.

She accompanies cancer, autoimmune processes. However, in these diseases, in addition there is a low-grade fever and other typical symptoms.

Lack of iron in the body – like, harmless enough drawback. But it causes the development of anemia, and anemia gives persistent fever. Since the level of hemoglobin is low, the immune system is forced to work in extreme conditions, and a voltage kompensiruet the thermoregulation of the body.

Often a consistently higher temperature gives the thyroid gland when it produces too many hormones. Because of their abundance of disturbed energy metabolism. But the low-grade fever hyperthyroidism is usually accompanied by sweating, tachycardia, irritability, fatigue, weight loss.

Sometimes after treatment, sore throat, bronchitis or pneumonia the temperature for some time remains elevated. "Thermal tail" – the latest reaction following the departed disease. One such trail stretches a week, others a month or two, but thermoregulation is still normal.

However, most often low-grade fever indicates is not cured before the end of the disease. For example, a person sinusitis, bronchitis or inflammation of the appendages. He starts taking antibiotics. And, feeling much better, the throws started a course of treatment. The disease does not disappear completely, and was being pushed into.

The inflammatory process, as the fire extinguished, not burning, but continues long to smolder. However, it should be treated to the end – and low-grade fever is gone.
Is the advice useful?
See also
Присоединяйтесь к нам
New advices