How to get rid of diaper rash under Breasts

Chafing under the breast – unpleasant phenomenon, which often affects women with curvaceous. This files most often encounter with him in the summer, but can be rid of, only need to find out the real cause. 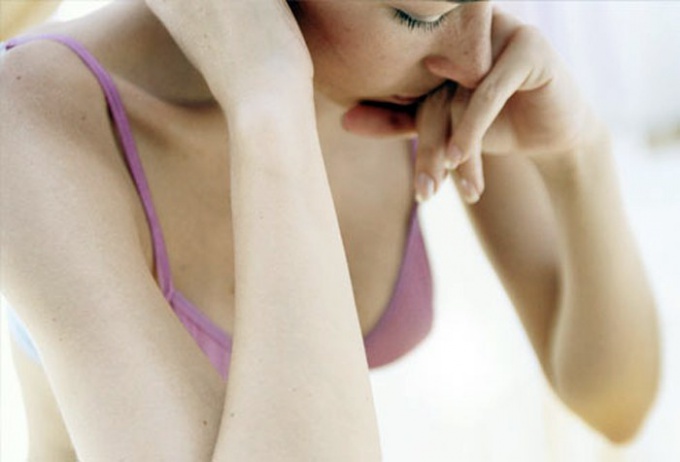 Diaper rash under Breasts can occur for a variety of reasons, but often it is associated with inadequate hygiene and violations of compliance rules of skin care. In addition, such a phenomenon is likely to be disturbed due to increased sweating and synthetic clothing. Diaper rash bothering because it can be accompanied by pain, itching. If nothing is done, then it will grow and cause even more discomfort. That's why you should take action immediately, until the diaper rash has not got bacteria.

If the nappy rash has just appeared under the breast, it is possible to take action and it will disappear, the main thing is to do it quickly. So, the damaged area will need to wash with soap and water and lubricate any disinfectant, for example, of zinc ointment. After a few hours you can sprinkle the baby powder diaper rash. It contains antibacterial components that will prevent the development of bacteria. It is useful in the summer, the constant use of this remedy because it absorbs moisture, and the fault is appear rash.

To get rid of the diaper will help oil. You can take olive, sea buckthorn, sesame or even sunflower. Just before use, it should be boiled and allowed to cool to room temperature. After that oil can lubricate the rash. To do this procedure three times a day.

To deal with diaper rash under Breasts you can use herbal infusions and decoctions. Helps the infusion of chamomile. Brew 10 grams of the herb with boiling water, to insist 15 minutes and protiviti them diaper rash three times a day. You can also mix equal parts of chamomile, sage and calendula, take 10 g of the mixture pour boiling water, allow to cool and wipe this infusion the problem. These herbs have a pronounced antipruritic and antiseptic properties, and you can buy them in a drugstore without a prescription. Suit and a decoction of oak bark, it is well to cope with diaper rash and after a few days they will pass.

Treatment of diaper rash is allergic in nature

Diaper rash can occur and is the fault of the allergen. In this case, to get rid of them with herbal teas and oils will not succeed. First you need to identify the allergen and remove it. To alleviate and get rid of the discomfort should take anti-inflammatory drug, for example, "supradin". It is also recommended to choose clothes of natural fabrics, as it will absorb moisture.
Is the advice useful?
See also
Подписывайтесь на наш канал