How to get a situational plan of the site

If you are going to purchase a plot of land located in the city, you will need to have an idea not only about location but also about the existing infrastructure. For this you will need a site plan of the area on which are marked the boundaries of the interested area, as well as other information about the situation – the location of the adjacent buildings, the availability of communications etc. 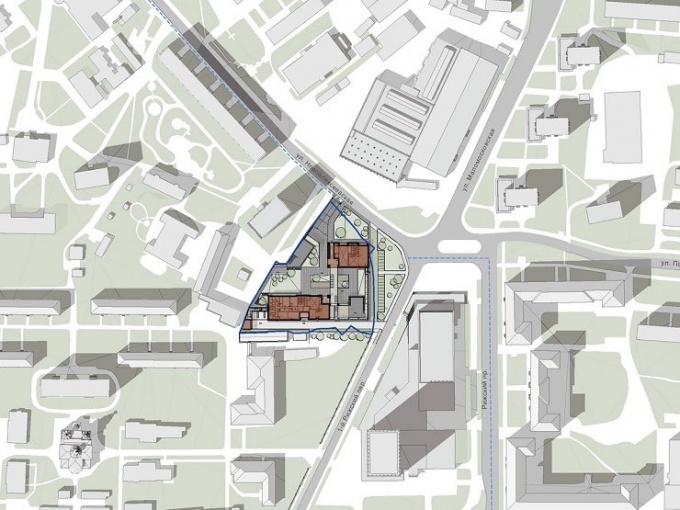 The information reflected on the situational plans

The General plan is a topographic diagram of locations of land boundaries at a scale large enough to obtain a complete picture of the surrounding buildings, nearby roads, existing utility lines, man-made objects, etc. that information is usually on the topographic diagrams of 1:2000 scale, so often, situational plans for small areas are presented in this scale. When square footage is large, the scale of the site plan may be reduced to 1:5000, but it will always be fixed and specify a location plan together with the direction "North-South".

Situational plans sufficiently informative to serve as the underlying basis for creating architectural and engineering projects. They marked the line of the existing building, the boundaries of neighborhoods, in some cases – security and sanitary protection zones. Buildings marked on it, depicted in terms of conventional signs by which one can judge the material from which they are constructed, the number of floors and type – residential or non-residential. On the technical characteristics of communications networks can also be measured by conventional signs.


Where can I get situational plan of the site

If you need a situational plan of the site, the boundary coordinates of which are already known, you can contact the municipal authorities of architecture and to order the production of information leaflets. In the bodies of architecture, according to the town-planning code of the Russian Federation, created the information system of ensuring town-planning activity (ISCAS) in which is accumulated all the information you need.

In many bodies of architecture, the production of case plans designed as a separate service. So, in Moscow region the situation plan on the land intended for individual housing construction in the scale of 1:2000, will cost you 5 thousand rubles. For legal persons, which interested in plots of large area, orders for the production of site plans are performed at the rate of 10 thousand roubles for 1 hectare area shown on the plan.

In some cases, the site plan you can use space images high resolution, publicly available, for example, in Yandex or Google maps. But they will not show existing utilities, and information about the building.
Is the advice useful?
See also
Присоединяйтесь к нам
New advices