How to get to Ekaterinburg

Ekaterinburg is the fourth biggest Russian city. It is considered the center of the Ural Federal district. In Yekaterinburg is the border between Europe and Asia. There is even a monument, which divides the continent into two parts. 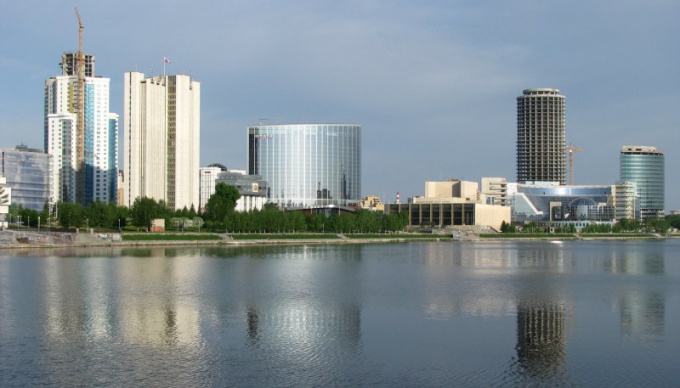 Related articles:
Instruction
1
Flights to Yekaterinburg are available from many major Russian cities. Most of the flights from Moscow. There are departures from Sheremetyevo, Domodedovo and Vnukovo. Journey time is just two and a half hours. From St. Petersburg to Yekaterinburg there are several daytime and night buses from Pulkovo-1. It is also possible to fly from Perm, Samara, Vladivostok, Novosibirsk, Krasnoyarsk, Khabarovsk, etc.
2
On the train to Ekaterinburg can be reached from the East and from the West of Russia. As it passes through the city of the famous TRANS-Siberian railway. From Moscow sent a special train "Ural" with modern comfortable coupe. The journey time from Moscow - a little less than a day and a half. There is also direct train service between Yekaterinburg and Perm, St. Petersburg and Tyumen.
3
Bus to Ekaterinburg can be reached from Kazan, Perm, Kamensk-Uralsky, Nizhnevartovsk, Nizhny Tagil, Pervouralsk, Samara, Solikamsk, Ufa, Chelyabinsk and Yuzhno-Uralsk. There are also flights from smaller settlements of the Urals Federal district.
4
To get to Ekaterinburg by train from the cities, located near the Ural capital. Direct connections between Yekaterinburg and Nizhny Tagil, Neyvo-Rudyansky and Binkowski. EN route the train will stop at intermediate points.
5
By car from Moscow to get to Ekaterinburg is quite difficult, as the road in some places passes through wooded and swampy area. You can go two ways - on the highway M5 "Ural" (about 1860 miles) or on the highway M7 "Volga". Way through the Game, turning into a highway Perm-Ekaterinburg in length approximately 1736 kilometres. Both the road from Moscow to Ekaterinburg quite bouncy, along the way every 10-30 miles there is a cafe, gas stations, mini-hotels.
Is the advice useful?
See also
Подписывайтесь на наш канал