Where to find the hobo monolith in Stalker Call of Pripyat

In the computer game "Stalker: Call of Pripyat", the player is not just to interact with the same characters, which, depending on the plot of the game, periodically appear and disappear. Multiple searches of some of the characters are pretty tedious. 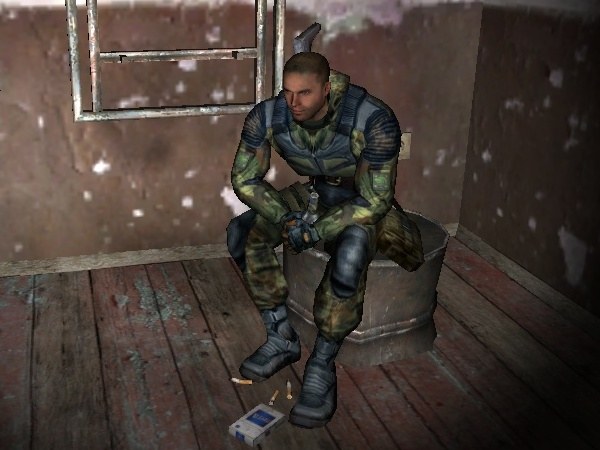 Related articles:
Instruction
1
Once you have a goal to create a group for a hike to Pripyat, you will need to include in your group Stalker, nicknamed the Tramp. At the station "Midsummer" talk to the stalkers and ask them to escort you to the warehouse containers. Reaching the warehouse, move him North along the highway. Try to go with the right side of the road embankment so as not to catch the eye of the thugs guarding the warehouse.
2
Upon reaching the small bridge, turn to the West. On the shore of a small swamp you will see a detachment of the Stalker clan "Monolith". Hide the weapons to show their peaceful intentions, and move closer to the group of stalkers. When you shout about the fact that I allow to come closer, without fear, go and talk to their commander. This will be a wanted Drifter.
3
After a conversation with a Hobo go to the station "Midsummer" and talk to the commander of the clan "Duty" or "Freedom". Convince them to take a squad of Tramps. With recruiters from the selected clan return to the location of the monolith and convince them to join another Stalker group.
4
After the Tramp and his squad will join up in one of the groups, find the Bum will be at one of the tables, the buffet at the station "Midsummer". There he would be until then, unless you can convince him to join his March to the Dead city. After this Hobo can be found at the water tower near the station where the Stalker Zulu.
5
Go for a hike on the crossover Pripyat-1, Tramp will be around you and support you fire. If you don't see it, most likely, he was killed in one of the many firefights.
6
When they reached the Dead city, the rest of your squad, including the Tramp, will be in the building of an abandoned Laundry. Back there from time to time, one day you will notice that the Vagrants are not there. Ask others to find out what a Tramp went into Dead city to regain his memory. From this point in the game you will not meet.
Note
If you are a Bum the rest of the game will remain alive in the final cutscene, you learn that he's on his feet reached the center of the Dead city, where he created his Stalker clan.
Is the advice useful?
See also
Подписывайтесь на наш канал