As in "Stalker: call of Pripyat" find an oasis

"S. T. A. L. K. E. R.: call of Pripyat" – a computer game, the plot of which is to seek the causes that led to the crash five helicopters executing a special operation called "Fairway". All events take place in Pripyat, a town on the river, three kilometers from Chernobyl. 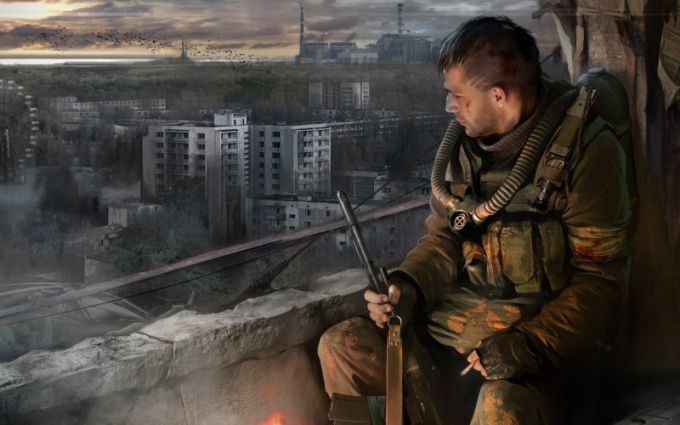 Related articles:
A mission to find a mysterious place with lots of artifacts called "Oasis" gives Professor Ozersky to confirm or refute the rumour is that the "Zone of alienation" there is a legendary Oasis. Once detected, you need to make sure, is there really a "Heart of Oasis", an artifact that according to legend was formed in this place.

After receiving the task, you should go to the Ventilation complex in the location of the station "Midsummer", the entrance of which is located in the South of the bunker scientists, by the railroad tracks.

Location: "Creek," neighborhood "Jupiter" at the station "Midsummer" overpass "Pripyat", "Pripyat-1", "Lab X-8". These places need to go through to determine the reasons that the operation failed "Fairway".

Next, you need to move inside and shoot out the player in the way of zombified stalkers. Descending underground, you need to destroy mutated "Candy". Then you will go under the map - towards the ventilation complex. Then before the player appears in the room with the pillars where you installed the teleport.

If you follow the directly between the columns, the output will teleport to return to the beginning of the room. To go further, you need to run four times in different rows between the columns. Through this process, there is a glow reminiscent of falling snow, you can hear electrical impulses. When the Northern lights appear in all four columns, you need to go sequentially formed a glowing arch. As a result of the action turns off the teleport.

Behind the room with the columns, is a hall with a high ceiling. In the ceiling you can see a huge gap through which you can see the sky. In the center of the room there is a small puddle, entering into which you can restore health. Next, the vines, the player finds the artifact "Heart of Oasis".

The Artifact "Heart Of Oasis"

After "Heart of Oasis" becomes the prey of the player, there is a pseudodog, which creates phantoms, doubles, causing physical damage. The twins disappear when you hit them, and the "original" is in the face and sometimes attacks. Currently, you need to climb the metal stairs and get out through the hole in the ceiling.

"Heart of the Oasis" - a unique neoplasm of abnormal vegetation, which is a green Orb in a white field. The artifact satisfies hunger, increases stamina, improves health and stops bleeding.

The artifact "Heart of Oasis" it is very radioactive, no artifact "Bubble", a large number of antirad or vodka to keep it does not make sense, so you should take him to the bunker to Professor Ozersky and get a cash reward of seven thousand.
Is the advice useful?
See also
Присоединяйтесь к нам
New advices