Shadow of Chernobyl: where to find the artifact "night star"

"Night star" is a product anomaly "jump" in the Zone is quite rare. This artifact of the third level can be sold for good money, but it is better to use it for their own purposes. To find such a miracle in the game STALKER "Shadow of Chernobyl", you need to have information about its prior location. 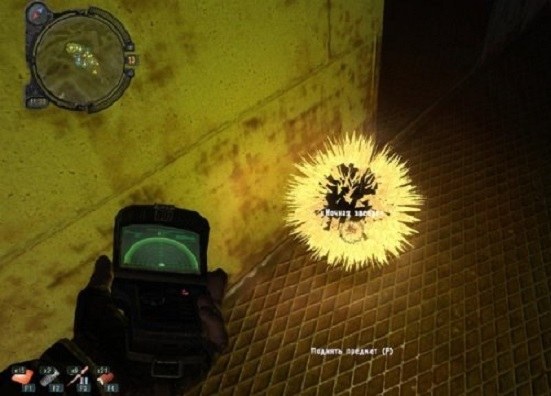 Related articles:
For stalkers "night star" - almost a legendary artifact. Although small arms in the Area not the biggest danger, the artifact gives good protection from bullets in warfare. Bullet resistance of the artifact has a negative compensation: the "Star" noticeably upset, but because to use it without the presence of the zone of artifacts from "frying" at least unwise.

"Night star" - the reward for quest to find the traitor

The first "Night star" player can obtain when visiting the location of "Bar", taking the quest from Stalker with the nickname Bald. This guy is in a standard Stalker with kombeza AKSU behind, which tells the sentimental story of a failed campaign on the Radar with your friends.

Bald tells also how he was involved in the RAID for artifacts, but, despite the concomitant good fortune to have been deceived by one of the members of the band that night took away all the swag and sell it to the Bartender. The goal of the quest is to find and eliminate the traitor that constantly resides on the territory of the military warehouses in the camp of individuals. Not to spoil your reputation, you can drive up to the victim any explosive object (a red barrel or gas cylinder), and then blow it up. The reward for this quest will be the same artifact "Night star".

Artifacts at the research Institute of agriculture

As already mentioned, the "Night star" appears in the anomalies springboard, but not all. Most fertile is the accumulation of anomalies on the southern edge of Sri Agroprom, where there are old dilapidated gate. In this place you can find two artifacts, but very often they appear in enclosure, where a tight cluster of anomalous formations and strong background radiation. In the end, having equipment of the ecologist, it is possible without much loss not only to collect on the infected area two "Night star", but to get hold of "Medusa" two or three "Stone flowers".

Stalkers not in vain believed that the reach of Pripyat, there's a whole field of artifacts, and rare and very expensive. Indeed, on the first arrival to Pripyat, the player is faced with the infamous "Klondike": artifacts are common and densely behind them no need to go into the abnormal area and hot spots. On the territory of Pripyat, the player may find four "Night of stars".

One artifact is right next to the totem the religious who pray the followers the Monolith. Hurry to destroy them is not necessary: eventually, the player will get the corresponding quest to clean up, causing is possible to achieve two goals at once.

Several artifacts will be waiting for the main character on the way to Chernobyl. Two "Night of stars" can be found among anomalies in garages, on the southern outskirts of the stadium. Another artifact is located on the North side running track in the stadium. To access the garage will require serious armor, because there densely accumulated gravitational anomalies. The stadium is always a stray herd Snork, and therefore, do not fit a shotgun with ammunition type "zekan".
Is the advice useful?
See also
Присоединяйтесь к нам
New advices