What part of "Stalker" are

The computer game "Stalker", released in 2007, still remains one of the most popular games in the CIS. For several years, came out a few add-ons that extends the world Exclusion Zone, and opening the player a new story of this dark world. 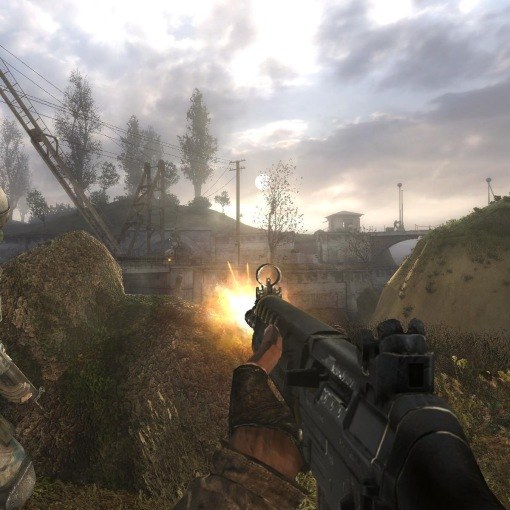 The first part of the series of games called "Stalker: Shadow of Chernobyl", it was released in 2007 it contains the adventures of the character of the antagonist of the game named Bullseye, who was sent to kill another character – Shooter. In the process of searching through abandoned laboratories, factories and military bases, the player will find that the mysterious Shooter, who is hunting is himself.

The result of the game was a breakthrough to the Sarcophagus in Pripyat, where lies the mysterious Monolith – a wish granter. Depending on the actions and behaviour of the player has 7 different endings, of which only 2 are true and do not lead to his death.

The second part of "Stalker" – "clear sky", was released in 2008, This part of the game tells of the events leading up to the events depicted in "Shadow of Chernobyl". Here, the player acts in the name of a mercenary named Scar, which receives from clan Stalker "Clean sky" the task to kill the shooter, whose actions threaten to cause a terrible disaster all over the exclusion Zone.

Throughout the game there is a pursuit of this Stalker, which ends with the battle at Chernobyl, the end of which the Shooter is wounded and the Scar falls into the hands of the Stalker clan "Monolit", protecting a legendary artifact.

Of all the released games of the series Stalker, clear Sky is the only place where there is one ending that is not affected by any action hero.

The third part of this series of games was released in 2009, the Antagonist of the game is major Degtyarev from the SBU is investigating the death of military helicopters. Throughout the game he will have to establish the cause of failure of the electronics on these machines and to rescue the survivors of a group of soldiers holding the Fort in one of the city Pripyat.

In this part of the game appears again the dependence of the endings from the actions of the protagonist. His actions not only affect the end game for him personally, but the fate of the other characters and what events will occur in the Exclusion Zone after player leaves it.

"Stalker 2" was supposed to be the final part in this series of games. However, at the moment the project is "frozen" and all the forces of the developers abandoned the game "Survarium".

According to the developers, perhaps the resumption of work on the part of the game when it is finished their current game project "Survarium".

According to the developers, as the official continuation of the game series "Stalker", is preparing a mod that will be called "Lost Alpha". Thus, the creation of this mod is busy with a completely different team than the one that developed the original "Stalker". This game will be a sequel to "Shadow of Chernobyl" with the all-new primary and secondary plot.

The players there are a few new monsters, a lot of the old locations from previous games and a couple of new. In addition, the modification will add new opportunities to interact with the environment, characters and objects.
Is the advice useful?
See also
Подписывайтесь на наш канал