Mysterious Oasis is one of the legends light and dark and inhospitable Zone of Alienation. They say that it heals all wounds, that there reigns peace and quiet and even the monsters are friendly to man. So whether it is, to figure out the player. 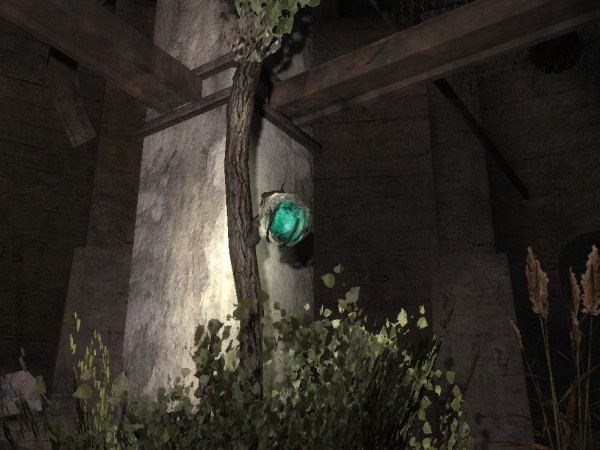 When in his walks through the Area you will visit the bunker of scientists, Professor Ozersky will give your hero the quest to find the mysterious Oasis. To get at least some information about him, ask around about it of stalkers from the different factions. Of these inquiries, you learn that the Oasis is definitely there, but his whereabouts remain a mystery.

The most likely place to find him would be the ventilation complex. Examining a large area, you will not be able to get inside, though obviously have some room.

Having failed, turn West and walk to the old depot. Go inside and look around. For normal stop here, too many doors and monsters, so look for those passages that lead down. Shoot or smash with a knife boarded up the door and engaged in battle with the zombified stalkers for her.

The fights in the tunnels are characterized by high tensions. Zombified stalkers wearing exoskeleton and armed with a powerful weapon. Shooting case, it would be difficult to harm them, and their response queue capable of breaking a player in the tunnel apart. The best option is aiming to beat the queues them in the head, however, everything is not so simple. Infesting these tunnels jerboa and strive to stick you in the leg, knocking sight. The player will have to spin, aiming at a zombie and having to shoot a nimble monsters.

Passing through the living barrier of the monsters from all the passages, choose those that are down and to the East, to the ventilation complex. Ending your walks will be a corridor with emergency light, where you'll find the AutoSave.

Enter a dark hall with rows of columns. In order to reach the end of the hall, you need to choose the right passage between them. In case of failure, you will teleport to the room with emergency lamp.

You will now enter a large room where in the middle in a puddle of water is a strange glowing plant. Coming closer, you will be able to identify it as an artifact "Heart of Oasis".

Tear the artifact and rush to the stairs leading upstairs. Pay no attention to pop monster – he is immortal and your only salvation is in speed. Climbing the stairs puts you out of reach of the creature. Climb to the exit and tell the Professor Ozersky about the Oasis.
Is the advice useful?
See also
Подписывайтесь на наш канал