How to get to the Kazan railway station

Kazansky railway station is one of the main railway stations of Moscow. Daily he comes and he leaves a huge number of Express trains and trains. In order not to be late for departure or arrival of the right train, it is very important to plan a route to the Kazan station. 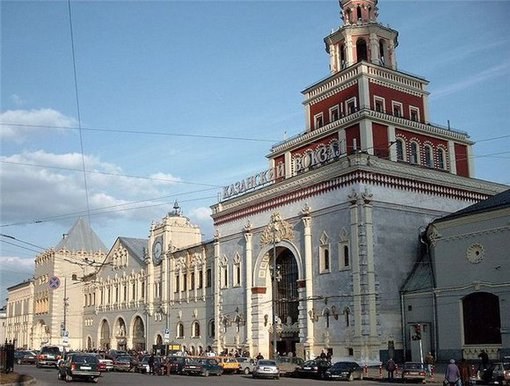 Related articles:
Instruction
1
The easiest and fastest way to get to the Kazan railway station - use the subway as means of transportation. This will automatically relieve traffic congestion and significantly reduce travel time. Traditionally, access to three stations is carried out from the metro station "Komsomolskaya" circle line, but the railway station is closer to the exit of the Sokolnicheskaya line. If you need to arrive at the Kazansky railway station of Moscow region can use the train.
2
You can reach the metro station "Red gate". She is distanced 700 meters from the station, however, this option of travel to Kazan railway station is possible.
3
To reach Kazan station by bus - the method most dependent on traffic congestion. It is impossible to predict how long it will take to get. Near the destination there are several stops before reaching which it is possible to be close to the Kazan station.
4
To a stop "the Komsomol area - store "Moscow"" come buses №№40, 122, trolleybus№14, 41, as well as trams number 13, 37, 50. Until the specified stop followed by route taxi №№269m, 570м, as well as special fixed-route taxi following from the store "Auchan" in the Komsomol. All these routes stop Krasnoprudnaya street.
5
To Novoryazanskaya street, which runs near the Kazan station can be reached by bus No. 40, trolley buses №№22, 88, and route taxi №322м. These vehicles can be reached to a stop "Factory "the Bolshevik" - Komsomolskaya square". This stopping point is at some distance from the Kazan station.
6
At the station "Kalanchevskaya street" stop of trolleybus No. 14, as well as trams №№13, 19, 37, 50. This stopping point is also located near the train station.
7
By car from the Kazan station can be reached in a variety of routes. Selecting the best route depends on where the traffic starts, if there are traffic jams, as well as the time during which it is necessary to get to the endpoint.
8
From the Shchelkovo highway to the Kazan station by car, you can get through a Sailor's bridge, Stromynka street and Rusakovskaya street. Aviamotornaya street and Entuziastov motorway should go through the Lefortovo tunnel and Rusakovskaya overpass. At the intersection with the Krasnoprudnaya St. turn left. If you go with the Yaroslavl highway, you must follow on Mira Avenue to the Garden ring, where turn left. After that, you need to make another left turn - either on the Academician Sakharov Avenue, or the Columbus street.
Is the advice useful?
See also
Присоединяйтесь к нам
New advices