How to store a bike to avoid being stolen

Theft of two-wheeled friend – a heavy loss that can befall anyone not relates to the storing the bike seriously. Hijackings and thefts are occurring not only in Russia, even in the most affluent countries, this is not uncommon. 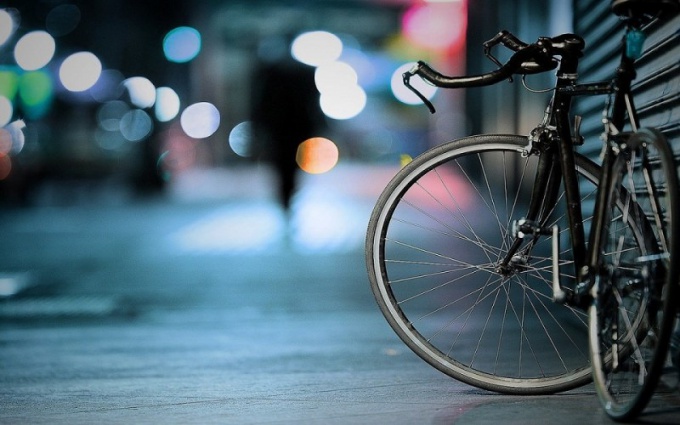 If you leave the bike

Often, cyclists, even knowing that just leave the bike dangerously, behave arrogant, expecting that theft can happen to anyone, but not with them. But we should not underestimate the risk. Easier to take care of a good bike lock to advance to save yourself from all risks.

The perfect way to secure a bike is to connect with a support frame and each of the wheels, but it suggests that you have to buy several castles.

There are several types of Bicycle locks. The most robust is a U-shaped lock. It can be used as to attach the frame to the wheel and frame to a foreign object. This is a persistent protection, which, however, succumb to hydraulic shears and some other tools.

The locks of the chains is also considered to be sufficiently reliable, but they can be overcome, if desired. There are also cable locks, this is the most unreliable tool that will save only a passerby, but not from someone who deliberately decides to take possession of your bike. A lock securing the Bicycle wheel can also be called a dubious measure, as their strength is low.

Remember to leave the bike on the street only a very short time. Use in order to fix it, object, which itself is firmly fixed. Safer to take 2-3 instead of a single lock: lock the wheels on the frame, and the frame on the support.

If you need to leave the bike for a long time, then you can detach the steering wheel or seat. This bike for a thief will not look very attractive, since he will have to complete it before resale.

Don't forget to record the frame number, in case a theft does occur. Never leave the bike without a "leash", even if you move away for a few minutes!

Where to store the bike for a long time

The safest place you can call the apartment. But after all you do live there, where else bike? But there is a solution.

Some keep two-wheeled friend on the balcony. If it is glazed, it is a good option, but not for cold time of the year when some bike parts can be damaged from low temperatures. In winter you can disassemble the bike, put it in a case and put it in the closet. You can also select the office in the closet.

A good option for bike storage in the apartment is hanging the system. On the ceiling hung several aluminum parts, which engages the frame. The advantage of this method is that a Bicycle doesn't occupy space on the floor.
Is the advice useful?
See also
Подписывайтесь на наш канал