Often in conversations you hear the word "pussy" as a derogatory assessment of a man. Often even those who use this concept do not always fully understand its meaning. This is especially true of people tend not to understand the situation, but love to pass judgement on any occasion. 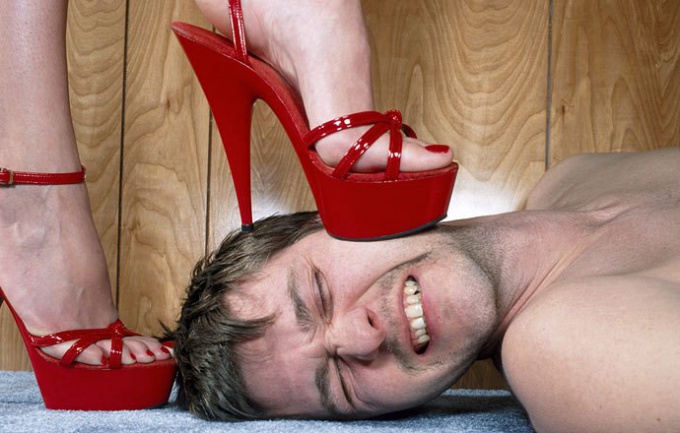 Related articles:
The etymology of the word "henpecked", it would seem, is obvious: "the one who is under the thumb". Since heels are most often of women, and the term "henpecked" is used exclusively in the masculine gender, we can conclude that this term describes a humiliating and subordinate position of a man in a relationship with a woman. In fact, before the so-called hunting falcons, who wore hoods (special caps) to keep them quiet. However, over time, the concept as a whole has moved into the sphere of family relations.

Throughout the history of Russia and Europe views on family life was strictly Patriarchal. The man was considered the head of household, solely responsible for making decisions and the main earner. Ideas of women's equality originated relatively recently, so many people are still not able to accept the fact that woman can also make decisions and take responsibility for them. On this basis, such people call not only to those henpecked men who absolutely surrendered to his companions, but just those who build relationships based on equal rights and obligations.

In the classic sense henpecked is a weak representative of the male, which, for various reasons, are not able to defend their point of view, and therefore, is forced to agree in everything with his girlfriend or wife. Henpecked husbands often are people who have not reached any significant heights in life. Luck in the everyday issues becomes an additional argument that allows the companion of a man careless as to himself and his point of view on a particular significant issue.

In addition to the obvious dominance of women over men, resulting from more aggressive or active life position of the fair sex, there are situations in which the man formally considered the head of the family is actually a victim of masterful manipulation. With tears, flattery, threats or cunning woman is forcing his companion to do as she pleases. In some cases the man is in full confidence that he takes decisions independently, although in reality it depends entirely on the opinions of its "halves".

Finally, there are "voluntary" henpecked, that is, people who in exchange for family well-being and comfort of home are abandoning some of their views, for example on domestic issues. The difference of this type of men from the real henpecked that they are clearly separate spheres of influence, not allowing women in "their" territory in exchange for a minor, from their point of view, concessions. Usually such a refusal not only allows a woman to feel like a full member of the family, but also eliminates a lot of unpleasant situations and conflicts.

Do not confuse man, able to compromise and concessions, with a limp and flaccid pussy. In the end, the ability to take another's point of view or to admit his own wrong is a Testament to the maturity and courage, not weakness.
Is the advice useful?
Подписывайтесь на наш канал