How not to be a pussy

"Yes, he's a pussy", "wife keeps Him under her thumb" - one of the most insulting phrases for a man. Timid and shy woman, too spoiled by men's devotion, often become tyrants, and men shall be under their pressure, agree on everything. From such men look real henpecked, but every single one of them to prevent this. 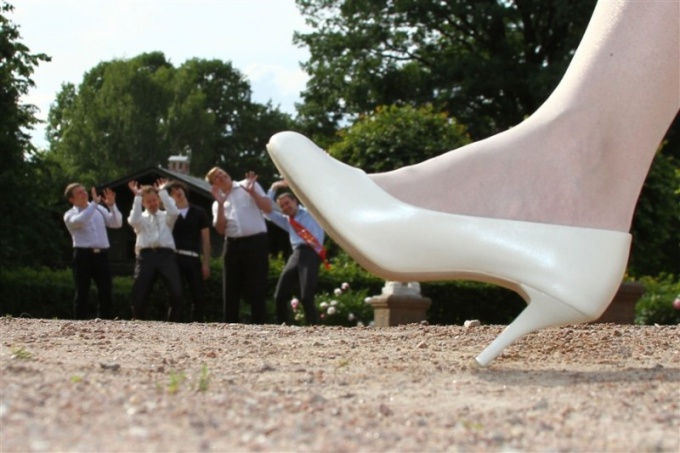 Related articles:
Instruction
1
Argue, if you do not agree with the opinion of women. Sometimes girls use the fact that they are the weaker sex, and while a decision is trying to evoke pity or even to cajole the young man's affection. In this case, the dispute is resolved in favor of the woman and the man voluntarily yields. This form of relationship will not make you a pussy when it comes to some minor issues, such as what color curtains to buy in the room. But at the moment more serious decision, you have to learn to defend their opinion. Don't need to get curses and shouts. Enough to think to bring a decent argument. If your half they will not, it will give way in the dispute.
2
Often take the initiative. Wives feed husbands choose their clothes and determine where to go on vacation. This formula of family relations is not always bad, in many families the woman is the one who makes all the decisions. However, sometimes this leads to the fact that the man is no longer able to decide anything and choose. Most try to offer something, to be the initiator of ideas for recreation, shopping. If you are not going to be silent, to your opinion will listen.
3
Try not to change the decision. It is not necessary to jump from one to another if you have already commented on a situation. Become the master of his words. Deliver on the promise. If you are going to talk a lot but do nothing, soon your words will no longer be taken seriously. To avoid this, try by all means to do what he had promised.
4
No matter how you try not to become a henpecked, do not cross the line, don't become a tyrant. Remember that not only you have the right to their own opinion. Listen to your wife, discuss together the possible scenarios to make the right decision together. Sometimes go on compromises, to avoid quarrels. Search for the Golden mean, and your family life will be full of respect.
Is the advice useful?
See also
Присоединяйтесь к нам
New advices