Shoes with heels are very popular, and may even give the impression that such a wonderful invention people use for many centuries. In fact, the usual modern man heels and especially stilettos appeared relatively recently. 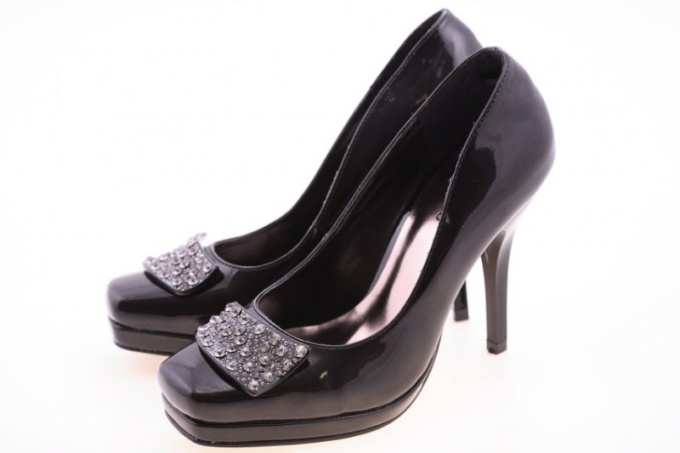 The first analogues of heels, according to the scientists, came about in the twelfth century. This element of Shoe at that time was a small hard bumps that are supposed to be pinned to the shoes.

At that time, heels were mainly worn by men: the fact that due to this details riders was much easier to keep the feet in the stirrup even during fast jump.

A few centuries later, the shoes were transferred to the female wardrobe. There are several theories about who created them. It is popular opinion that women's shoes were invented in the XVII century the shoemakers of the Spanish city of Cordoba, then to call the names of the masters, alas, now nobody can. According to another version, they were created by Madame de Pompadour, famous mistress of French king Louis XVI. The fact that this lady did not differ high growth and, at least visually in an effort to correct this deficiency, wore high shoes with special props-heels. Her idea seemed so interesting to many court ladies, soon high heels were really a noble woman.

It is known that up to the 1950s high heels, studs did not exist. However, although since then, it took relatively little time, nobody can tell you the name of the inventor of such popular items women shoes. The authorship in this case is attributed to several people, including Roger Vivier, Salvatore Ferragamo, Charles Jourdan, Raymond Massaro.

Each of the masters one way or another influenced the design of modern high heels. Although it is impossible to say who came up with thin high heels, we can safely say that they all contributed to the improvement of this part of the Shoe.

The Creator of the first high heels with a metal rod is considered Salvatore Ferragamo. This Italian designer has tried many designs of shoes and in the end they offered women of fashion luxury shoes with a metal rod stiletto. However, there is a theory that the first such product was invented by Roger Vivier, one of the employees of the fashion house Christian Dior, who offered in his time a great collection of shoes with heels. In favor of this theory is the fact that Roger Vivier invented for Queen Elizabeth unique heeled sandals, decorated with rubies. Finally, some researchers claim that he invented the stiletto heel Raymond Massaro when they made exclusive shoes for Marlene Dietrich.
Is the advice useful?
Присоединяйтесь к нам
New advices