Where in the game "Stalker" to find Morgan's PDA

Among other tasks in the game "Stalker: Call of Pripyat", the player will meet the job search CCP Morgan. Depending on what the player to search for the PDA and whose side he will take, the game's plot will evolve accordingly. 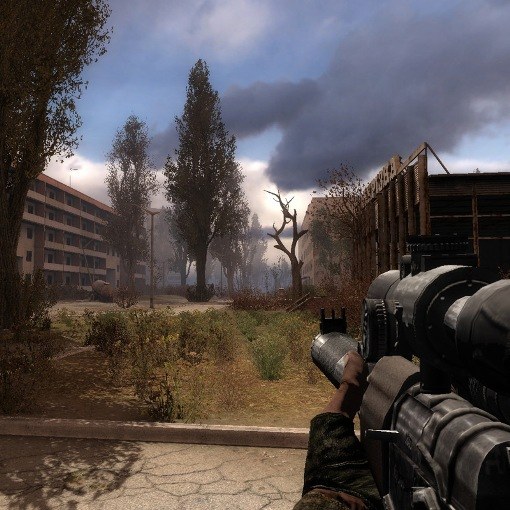 Playing on the side of stalkers, negotiate with the bandits about the attack on the Stalker group on the ship "Shevchenko". To do this, talk with a thug named Knuckles and agree to go with them to the robbery. Once you arrive to "Shevchenko", wait until the bandits will begin to discuss a plan to capture the ship and notify your stalkers. Help them to repel the attack.

Agree with the Stalker Beard about the failure of the gang of the sale of weapons. Go to the forest along with a group of stalkers and surround the bandits and merchants. When the commander of stalkers Spartak will give the command, shoot mercenaries and bandits. Try to make characters who gave you the orders, survived the shooting. In the event of their death, no one will give you a reward. Kill dolgovtsa in the exoskeleton, search it and take away with the corpse of the CPC.

Search PDA of Morgan, playing for the bandits

Playing on the side of the bandits, head to the ship "Shevchenko". Not warn stalkers about the assault and fire support gang brass Knuckles. Together with criminals kill all the stalkers and report about the victory of the Sultan.

After the destruction of the stalkers take the Sultan a new job for criminals to buy the guns. Together with the bandits go to the forest, go behind them into the building for a meeting with the dealer. When they attack stalkers and Morgan thinks that he was betrayed, shot from Morgan's mercenaries and stalkers. Try to keep as many of the bandits managed to survive in a shootout. After destroying those, and others, immediately rushed to search the corpse of Morgana in search of a PDA. If you are late, the body will search some thug and take the PDA itself. To find it then becomes very difficult.

Search PDA of Morgan, playing for the dealer

After the support of the bandits on the ship "Shevchenko", talk to the dealer on behalf of Owl living on "Skadovsk". Take his job for the protection of the merchant grouping "Debt" named Morgan. Arriving at the forest, look where Morgan and his mercenaries, and get ready to protect him.

When, after the arrival of the bandits and the stalkers will try to derail the deal, hide away and wait until the warring parties kill each other. Then finish the survivors and pick up the trophies from the bodies.

Another option is to protect Morgana and destroy and bandits, and stalkers. Subsequently, when the player gets to the station "Midsummer" and will be attacked by mercenaries around, on the corpse of their leader, found the PDA, where it will be seen that the task to kill the hero gave Morgan.

Having met at the station blackmail him with this recording and convince them to take you to the warehouse Debt. Once on the way to the warehouse to ambush, kill Morgan and the attackers then take from his body the desired PDA.
Is the advice useful?
See also
Подписывайтесь на наш канал