How to find a weapon Dolgovtsa

In a computer game "S. T. A. L. K. E. R. Shadow of Chernobyl" often are given assignments of the type "go there - take it - bring it to me." Not all of them easy to perform. Sometimes the owner of the desired object moves across the vastness of the game or in society indistinguishable from the characters. Therefore, to perform the received task has to make an effort. 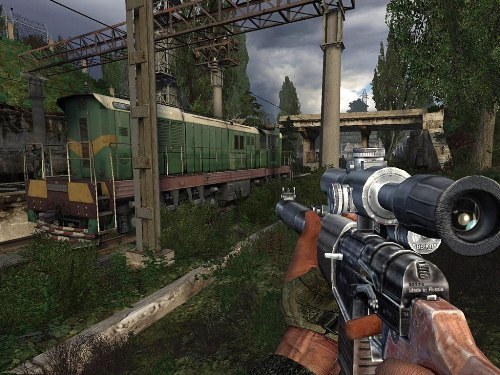 Related articles:
You will need
Instruction
1
Start the game and take the job on search of the weapon dolgovtsa. After that, open the PDA and look at the map. An icon representing the location of the desired object is on the location of the "Dark Valley" (although it can move to other locations).
2
Go to the location "Dark Valley". When you enter, re-open the PDA on the map and find the factory complex, then go for it.
3
Reaching plant log in with one of the two parties - through the main entrance (metal gate between two towers) or through the "black" (tube at the small swamp on the opposite side of the gate). It is advisable to do it quietly, otherwise you will immediately notice the bandits inhabiting it.
4
Destroy the bandits in the territory of the plant. Then inspect the corpses, your goal bandit named Friar, next to the corpse (or in inventory) where you will find the weapon. This machine Abakan with a grenade launcher.
5
If the plant that bandit was not look around. A thug with a weapon the target is moving through the location. Find him, destroy and take his gun. Bring it to the owner.
Note
A thug with a stolen gun is not in place. After hearing the shots, he can join the hunt for you or to run away, so don't worry if you can't find it at the factory, he's out there somewhere.
Useful advice
The plant can be some of the same thugs and they, too, can be machines, so better kill all and calmly search their dead bodies.
Is the advice useful?
See also
Присоединяйтесь к нам
New advices