Where in Stalker Call of Pripyat to find ekzoskelet

The exoskeleton is one of the most expensive costumes in the game series "Stalker". As a rule, it appears towards the end of the game when the player is faced with a particularly dangerous monsters and stalkers. The game "Stalker: Call of Pripyat is no exception, but the way of production of the exoskeleton has changed significantly. 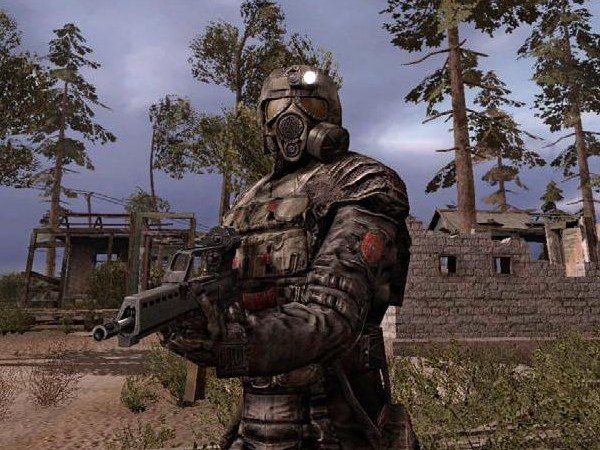 A simple exoskeleton can be obtained at the initial stage of the game. For this, above all, achieve "Skadovsk" and talk with its inhabitants. Find the leader of the stalkers by the name of Beard and ask them to give you a job. Proposed take the quest "a Strange glow". Go to the dredge and take out the artifact that is looking for a Beard.

Now this opens a new quest "attractive business". To run it scour the caches and the corpses of the stalkers, to find 3 enhanced detector artifacts. After their findings, move to the next location – the station "Midsummer" and give the detectors to the scientists.

Go back to "Skadovsk and talk to the leader of the bandits Sultan. Take his quest "Dark business". Then go in search of a Stalker named Noah, who lives on an abandoned ship. Take his artifact "Compass" and take the Sultan.

Now you have enough money and reputation to refer to another inhabitant "Skadovsk" - Fast. It is possible to find on deck 3 in one of the cabins. After talking with him, make an order for body armor and pay in advance. Please remember that Nimble brings objects at random. Making this order, you can get the exoskeleton jumpsuit or reinforced Kevlar. If he gave you the exoskeleton immediately, he can bring it to you 2 or 3 order.

Wait for the return of Nimble and take away his exoskeleton, paying the rest amount.

Another option is to purchase an exoskeleton – complete quests and get the artifacts to accumulate 100 000 RUB. After that, the dealer Sych living on the 2nd deck of the Skadovsk, offer you a wider range of products, including the exoskeleton.

Despite the fact that in the game their exoskeletons use of the group "Bandits", "Mercenaries", "Duty" and "Monolith", the player can receive only the usual exoskeleton (used by stalkers) and an exoskeleton of "Freedom".

To obtain the exoskeleton of this clan of stalkers, during the quests Beard, get a PDA dealer group "Duty" on behalf of Morgan. At the station "Midsummer", near the towers, explore a spatial anomaly, and take one of the bodies found PDA Tkachenko. Found PDAs give the leader of "Freedom" - Loki.

Find the Tramps and persuade them to join the group "Freedom", then met scientists convince them to entrust the protection of the scientific bunker soldiers of Loki. For this you get the achievement "Friend of "Freedom", after which the members of this group will become your allies, and their merchants will lower player prices.

After this achievement go to the dealer by the name of Hawaiian. Among his goods buy exoskeleton "Liberty," which has a lower weight, greater strength and opportunity to run, compared to the usual exoskeleton.
Is the advice useful?
Присоединяйтесь к нам
New advices