Can I drink expired beer

Today supermarkets often hold shares, selling a few bottles of beer for the price of one. Buyers happy to buy a drink, but not everyone of them pays attention to the expiration date of the promotional beer, which usually expired. So can I drink expired beer without risk for your health? 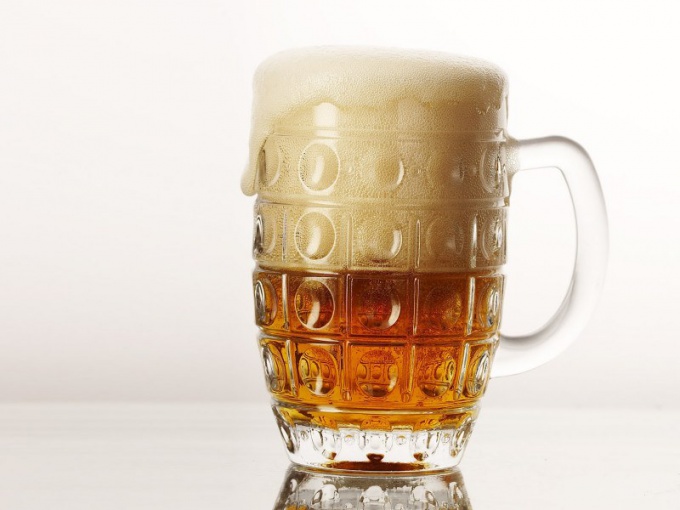 To drink or not to drink?

If the beer has expired, it does not mean that it's ruined. The date stamped on the label means that the manufacturer and seller disclaim all responsibility for the risk of the buyer who use stale beer. However, in conditions of improper storage it can deteriorate before the period specified on the label. The degree of overdue beer can only be determined after opening of the bottle, if its color, smell, taste and foam conform to the norm, the drink can be consumed. Under conditions of proper storage, beer can stay good for six months.

Canned and bottled beer expired expired not more than a month is quite suitable for consumption.

However, proponents of alternative points of view on stale beer claim that it is harmful in any way, as it actively begin to multiply various pathogenic bacteria. In the process of interaction with a preservative and other additives contained in the beer, they secrete toxic substances. These substances may cause poisoning or create other serious health effects – especially those sins of the so-called "live" beer, the shelf life of which is from one to two months.

Rules for the use of expired beer

Beer with a shelf life of six months, usually contains preservatives that change their properties on the expiry date and can cause a poisoning of the body. However, the shelf life is variable and therefore beer, overdue from a few days to a month is perfectly safe. If the delay is more than one month, the chances of poisoning are greatly increased.

To determine the validity of the beer should according to the beer because the labels are often counterfeited or glue.

Of past due but not spoiled beer, it is also possible to extract a kind of favor. For example, it makes an excellent hair mask which makes them more thick and shiny. Beer, mixed with water in proportion 1:1, it is possible to wipe the leaves of indoor plants – it will give them Shine. Stale beer also is used by fans of saunas, which are diluted with water and poured on the hot stones. Some gourmets, marinated in expired beer and kebabs, or knead it the dough, and enthusiasts even make beer moonshine.
Is the advice useful?
See also
Присоединяйтесь к нам
New advices