What made non-alcoholic beer

To make a choice in favor of non-alcoholic beer can be for various reasons. Some people drink this drink in the hope that he brings no harm to the body, others choose it, not to get drunk. Meanwhile, from regular beer it almost does not differ. 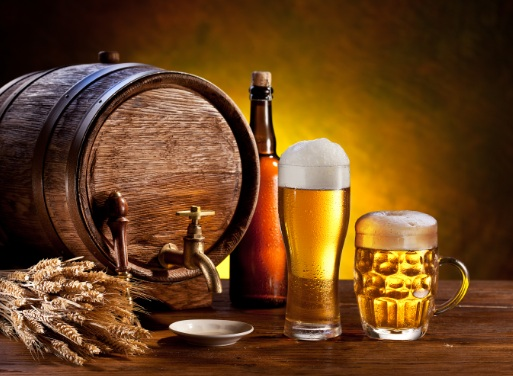 Related articles:
Non-alcoholic beer was first introduced in the US in 1919, the Reason for its invention was the "dry law" prohibiting the consumption of alcoholic beverages. The maximum content volume fraction of alcohol in the drink should not exceed 0.5. Exactly the same percentage contain modern varieties of non-alcoholic beer. So, once on the brink of ruin thanks to the new law, some of the biggest brewers have begun production of a beverage resembling beer. He had a pale brown color and had almost no taste, but was legal. After 13 years, the ban on alcohol was lifted, but new circumstances arose: many people loved the taste of a super easy, light beer. The brewers simply had to add a little more alcohol to the already existing low-alcohol beverage.

Statistics says that a person drinks several times more non-alcoholic beer at a time than it would to drink plain, out of a sense of "bottoms".


How is non-alcoholic beer?

Soft or "zero" beer at the beginning of production no different from the usual, i.e. it is also made from malt, hops and water and goes through the whole process from cooking of wort and jam mash before fermentation. The difference is that in the end the beer is packaged into bottles, and soft - no. From it is necessary to remove the alcohol. The most common method - heating. However, the result is a drink that can be drunk, but without any pleasure, since heat changes its smell and taste. To avoid this, brewers invented the vacuum distillation of beer, in which process the beer is heated not strongly.

Another method is called reverse osmosis. The liquid passes through the filter so hard that I can leak just alcohol and water. Then out of the water is evaporated the alcohol, and her return back into the viscous mix of sugars and flavorings. And, indeed, the result is a beverage, similar in taste to beer. After the alcohol is removed, non-alcoholic beer needs to be carbonated. Beer that ferments the sugar and alcohol, its members, and is saturated with carbon dioxide. It would be possible to run the fermentation process and non-alcoholic beer, however, difficult to calculate how much to add yeast and sugar to alcohol not exceed 0.5%. So brewers prefer carbonated drink is carbon dioxide.

Scientists believe that non-alcoholic beer can also be addictive resembling an addiction.

Is it harmful non-alcoholic beer?

To be honest, beer is beer with rather low alcohol content. And don't think that his weak fortress has no load on the heart, pancreas and kidneys. This, of course, vodka, but not harmless carbonated product. It can't drink for children, pregnant and nursing mothers, as it has the same Toxicological effect as any alcoholic beverage. The exposure dose depends only on how much you drank. Besides, any beer is a natural phytoestrogen, hence all sorts of effects of female hormones on the body.
Is the advice useful?
See also
Подписывайтесь на наш канал