More than 2 billion people worldwide suffer iron deficiency anaemia. Anemia is a manifestation of iron deficiency. Often people are not even aware that the level of this important trace mineral are lower than normal values. 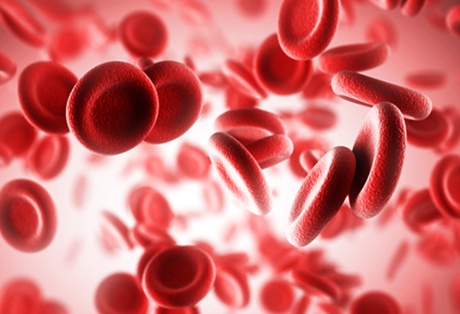 The role of iron in the body

Iron is essential for synthesis of hemoglobin, transporting oxygen in the body. This trace element has a regulatory effect on the immune system, providing activity of interferon and of killer cells, is involved in detoxification functions of the liver, is a component of many oxidative enzymes that promote normal energy exchange, provides regeneration and growth of cells of various organs and systems, especially, epithelial cells of skin and gastrointestinal tract. Only the body of an adult man contains from 3 to 5 g of iron. The daily requirement of different groups in the population is different. Men is 10 mg per day, from women's -20 mg, pregnant women - up to 30-35 mg in children, depending on age and weight, averaging from 4 to 18 mg.

Iron deficiency occurs as a result of the amount of dietary iron needs of the body, or excessive loss. Increased demand for iron experienced by people engaged in sports activities, women during menstruation, pregnant or breastfeeding women, small children, elderly people. Insufficient intake of this trace mineral can be caused by a poor diet, vegetarianism, fad diets. Risking iron deficiency are people who eat large quantities of milk and dairy products, tea lovers, coffee (because these foods impede the absorption of iron from food). Insufficient absorption of iron is often due to disease of the gastrointestinal tract (gastritis, enteritis, colitis, dysbiosis), and parasitic infestation. The iron losses can be caused by kidney disease, cancer, chronic bleedings (nasal, uterine, of erosions and ulcers, etc.).

Symptoms of iron deficiency are non-specific and so varied that, at times, cleverly disguised as symptoms of other conditions and diseases. Symptoms of anemia such as pale skin, shortness of breath, weakness, palpitations, dizziness, darkening of the eyes rather quickly cause a person to go to the doctor and start treatment. If the anemia had developed, the man may not think about the fact that his dry skin, hair loss and early graying, brittle and splitting nails, dry mouth, tinnitus, frequent colds, muscle weakness, urinary incontinence can be associated with iron deficiency. Constant low mood, bouts of anxiety and fear, insomnia at night and sleepiness during the day, irritability, headaches – it is also satellites of the lack of this trace element. If you like the smell of acetone and gasoline, nail Polish, I want to eat chalk, raw ground beef, navarinou rump, very spicy or salty foods, fall asleep at work at lunchtime, on their guard and contact the medical institution for passing the appropriate examination and treatment.