What foods most iron

Iron in the human body is vital for successful blood, being part of important enzymes that provide cellular respiration and the body's defenses against free radicals. Its lack can lead to anemia or anemia as a cause of these diseases in 80% of cases. It is important to know which food is the item. 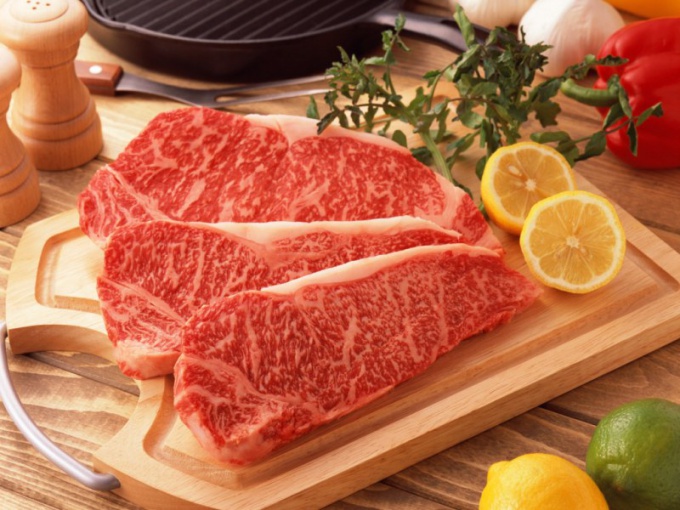 Why the body iron

The rate of daily consumption of this element depends on the sex and age of the person. For example, an adult male needs to consume at least 9-10 mg of iron per day, while women because of menstruation – twice, about 18-20 mg per day.

More need to consume foods rich in iron, pregnant women and nursing. Commonly doctors recommend to increase the daily dose of this element to 30-35 mg as it is required for proper formation and further development of the fetus. During pregnancy the baby takes all the iron from the mother's body, which need to fill the accumulated deficit.

But pregnant women are not the leader in requirements of iron. In connection with the intensive growth and development that comes with much more difficulty for the body than in the womb, teenagers under the age of 19 years must receive a complete diet rich in iron. In this case the situation is complicated by the fact that only 20% of ingested element absorbed.

In Soviet times it was believed that the best food, rich in iron, is a half-baked liver. But, according to the latest research by scientists and nutritionists, she stopped to take a lead in this rating, giving the first place to boiled veal. Adds advantages to the latest product that absorbed up to 90 per cent, respectively, of iron in the body gets much more.

Nutritionists in recent years urge their patients to abandon undercooked liver and other reasons. First, it has a high risk of the presence of larvae of parasites. And, secondly, the liver is the cleansing organ, which may accumulate toxins, salts and heavy metals, as well as the so-called "bad" cholesterol.

Rich in iron content and some types of seafood. For example, mussels and clams, 100 grams of which contained 25-30 mg of iron. Much less iron than meat and marine inhabitants, eggs (about 2-4 mg per 100 grams), fish (0.5-1 mg), milk and milk products (0.1-0.2 mg). The myth about benefits anemia has also been refuted recently.

In addition to meat, with a deficit of iron can be recommended the following products – various kinds of pulses (from 9 to 14 mg per 100 grams, depending on what it's beans), buckwheat (7-8 mg per 100 grams), wheat bran (12-14 mg), other cereals (4-7 mg). But the real champion among the similar products are mushrooms, in which the iron content up to 40 mg per 100 grams of dried product!
Is the advice useful?
See also
Присоединяйтесь к нам
New advices