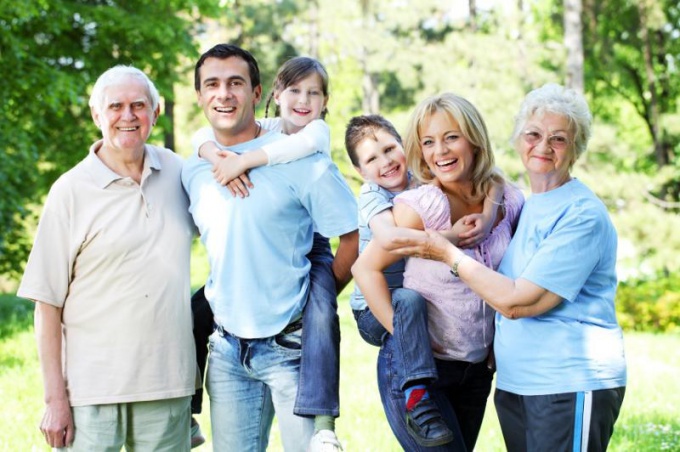 Words denoting the different degrees of relationship and property through two or more generations in the Russian language, perhaps more than in any other. In any case, from Hollywood movies at the hearing only cousins and cousins. But in the Russian lexicon that hard to remember. Frankly, we gradually become accustomed to do without these words. They moved into the category of historicism and archaisms, but once those words were the everyday vocabulary of our ancestors.

It is noteworthy that words such as bro, SIS, SIS – originally meant cousin and sister, this is the same Western cousins. While in Europe the meaning of cousin/cousin more than a cousin and sister. The word also refers to all living relatives of one generation in the lateral line. In any case, so it was in Srednevekovaia. If the relatives of approximately the same age, cousin/cousin could be uncle and aunts.

In the "Dictionary of Russian of S. I. Ozhegova" under the editorship of correspondent member of as USSR N. Yu. Shvedova (23 edition) that word stands for its definition: "daughter-in-law, a woman against the father and mother of her husband, sister-in-law".

At the same time, in the "Explanatory dictionary of Ushakov," it is written: "the wife of the son against the father, father-in-law (but not to my mother, mother-in-law!). This is also the opinion of "Small collegiate dictionary," published by the Russian language Institute of the Academy of Sciences of the USSR.

There is a non-scientific interpretation of the origin of the word "in-law" from the verb "to bear." Supposedly, entering the house to her husband's parents, the young wife dutifully obliged to endure all the hardships of a new life, the pangs and nagging mother-in-law. This, of course, folklore.

Etymological dictionaries claim that the word daughter-in-law goes back to the same basis as that of the son. Dahl, after the title of the dictionary entry "in-law" in brackets added: "that is synoxa". However, some, including "the Etymological dictionary M. Vasmer," indicate the relationship of the word with the Indo-European root sneu – knit. Hence the Russian "warp", displaying the value of: "daughter-in-law – then glue". In common parlance, a good daughter-in-law mother-in-law calls snosenko.
Is the advice useful?
See also
Присоединяйтесь к нам
New advices