Relatives of the bride and groom: who is who?

During the wedding the relatives are not only husband and wife but also their relatives. Therefore, questions may arise – who someone who is? Not to get lost in the new words and their meanings, the better to see who have relatives of the bride and groom to each other. 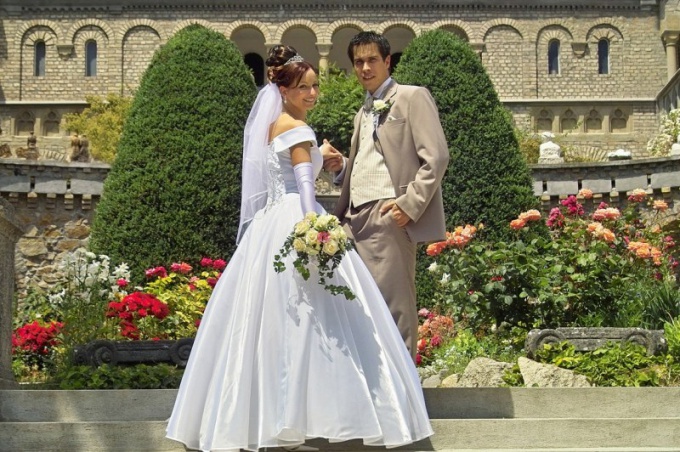 The relatives of her husband

The mother of the husband for the wife – in-law. Before it was called "sehkraft" because it was thought that it should bring together all relatives among themselves. Now this name is obsolete and is pronounced as "in-law" - their own blood. Because now the bride is part of the husband's family, and his mother becomes a loved one.

Herself young wife to all the relatives of the husband is considered the "daughter".

Only for father-in-law, she has daughter-in-law, but as a rule, and the father of the groom starts to call a girl "daughter". Mostly due to the fact that everything is as it is called, and it sounds more pleasant to the ear.

Do not forget about the relatives of his young wife. For all relatives of the bride, the spouse is considered the "in-law".

Mother of the bride has the groom by the mother-in-law. Often the relationship between a son-in-law and mother-in-law are not simple. That is what so many stories about their relationship, but it is easy to remember, who exactly has the wife's mother.

The bride's father – in-law. Him son-in develop, usually a good and pleasant relationship. Mainly because male solidarity and common interests.

Brother wife – brother-in-law, sister, sister-in-law. If a sister has a husband, then it should be called "in-laws". These words come from "your" now, they have relatives in-law.

In addition, if the bride or groom has children from a previous marriage, they are called stepson (boy) or stepdaughter (girl). In relation to step-children of men called the stepfather and the woman stepmother. In relation to native children and stepdaughter stepson will have half brothers and sisters.

What about the relatives?

Between the parents of the newlyweds are not supposed to call each other "mother", "father", "mother-in-law" or "in-law". They can call each other the "matchmaker" - men and "SWAT".

But, as a rule, official names of relatives are required only during the wedding contests and the first week of marriage. Then everyone starts calling each other by name or my name. And parents with good relationships, the couple begin to call "mom" and "dad".
Is the advice useful?
See also
Присоединяйтесь к нам
New advices