How to learn to be right

Since November 2013, after the entry into force of amendments to the law on security of traffic passing on the right after the self-study is prohibited. Now to become a happy owner of the rights desired category is possible only after studying at a driving school and pass exams in the traffic police. 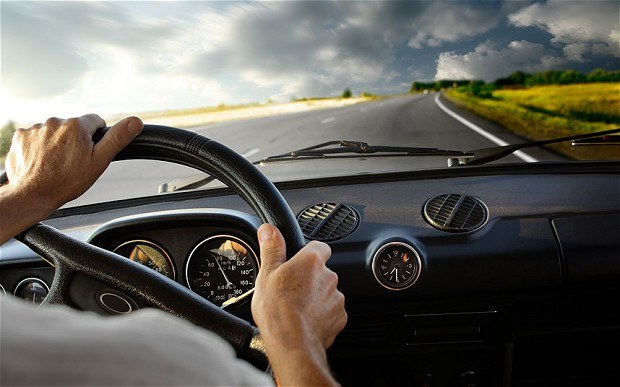 Related articles:
Become a student of a driving school is possible until 18 years of age, but admission to the exams in the traffic police will still be received not earlier than the age of majority.

What you need to know about the driving school

When submitting documents to the driving school will need a passport or other identity document, and 4 photos. To undergo a medical examination in advance, but some driving schools offer this service on the spot. The cost of training starts from 30 thousand rubles. Standard duration of training — 2.5 months.

In the case that is the period of training less than 2 months, it is useful to verify the license of a driving school and study reviews of former students.

At the meeting the group of novice drivers are familiar with the program, which they have to master during their studies. Specifies the days of the theoretical classes and class schedules in an urban setting and on the Playground.

The theory is taught as a standard, twice a week in the evenings. A lesson on the theory lasts 1.5-2 hours. There are groups focusing exclusively on weekends. Whether this form of training and how much it costs, it is desirable to know individually in the selected driving school.

On theoretical studies group, together with the teacher examines the "Rules of the road", solves problems and examines the possible traffic situations. Closer to the middle of training novice drivers expect a test of knowledge. The degree of preparedness of each driver is determined most often by the test tasks. A teacher is given 10-20 problems, the solution of which is given a specific time. After all the errors dealt with by students.

Do not leave an independent study of the theory for later. If you consistently review the rules in the classroom, knowledge is gradually laid out on the shelves.

The old some driving schools in the city begin to release students only when practiced basic skills on the court. But increasingly practiced the sequence "city Playground". Students will be released by the city on the first lesson. During training skills the beginning of the movement, acceleration, stop and simple turns. Later, after the first fear of driving is added turns, evolutions and maneuvering in the stream. Thus, at the beginning of the learning platform the students have come prepared as possible. Driving in city mode should not be less than 48 hours. Plus mandatory training on the simulator in the classroom of a driving school and practicing homework which are given by instructors in the classroom.

Classes in confined space (on-site) should be allocated not less than 12 hours. During this time, the future drivers have to learn how to perform a "Flyover", "Snake", "Parallel Parking" and "Parking in the hood (garage)". Nothing difficult at women in. A professional instructor first explain the exercise in words, shows how it is done in real conditions, after which sketching it schematically.

Internal examination in driving school includes testing of theoretical knowledge, doing exercises on the court and also surrender of driving in city mode. In theory, each student will get a sheet with 30 jobs. By the time the internal examination, all problems are solved in about 2-3 minutes. After checking the knowledge of traffic rules, the group is sent to the site. Binding is always "Snake" and "Overpass". The third exercise is the selection of the Director of a driving school (one of the Parking options). Passed accurately and theory, and ground are permitted to sit driving in the city.

Exactly the same as in the traffic police, internal exam are conducted in the town for at least 20 minutes. During this time, the task of the examiner, the student will have to show everyone what he was taught in driving school: maneuvering in the stream, rebuild, turns, ability to use any of the controls of the vehicle, knowledge of traffic rules. The maximum number of penalty points that you can gain admission to the exam in the traffic police to 4.5 penalty points such possibility are deprived. Most in the driving schools there are usually one internal exam retake. Therefore, students have a second chance to try their hand.

Exam in the traffic police

Exam in the traffic police completely copies the delivery of internal examination in driving school. The only difference is that there will be a police inspector. The theory in a computer class run a certain number of people. After passing the first group starts the second. After the theory of lucky people are permitted to sit exercise at the site. Like an internal exam at the site of traffic police will be two compulsory exercises and one on the choice takes the exam inspector. After the site group is allowed to delivery driving in city mode. Quite a bit of luck, absence of nervous tension, and in 20 minutes driving you can become a holder of a driver's license.
Is the advice useful?
See also
Подписывайтесь на наш канал