Can a person live without a spleen

People can live without a spleen, but the indications for its removal must be very serious, because the absence or malfunction of any organ can cause unpredictable results. In this case, such loss can affect the course of various infectious diseases by crossing it. 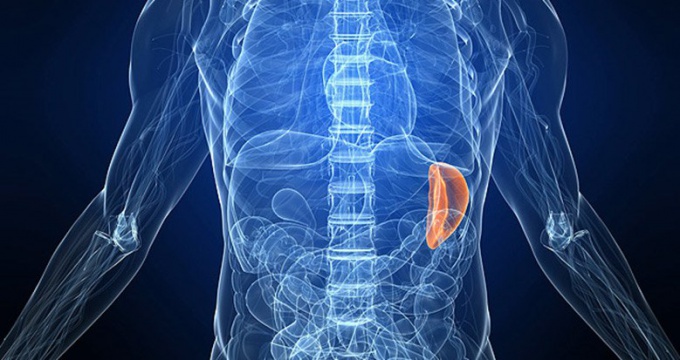 Related articles:
Since ancient times, surgeons have attempted to cure some blood disease with splenectomy – surgical intervention for removal of the spleen. Unfortunately, for a long time attempts to remove the organ was not a success, since this procedure is often ended with the ingress of bacteria to the surgical wound and sepsis. With the development of medicine, surgery to remove the spleen became available, now people not only live without this organ is comfortable, but also have a chance with a healthy diet, significantly extend their life, freed from the heavy diseases of the circulatory system.

The main functions of the spleen

The spleen is one of the main organs of hematopoiesis, it is an accumulation of Mature blood cells, destruction of platelets and red blood cells that have fulfilled their functions in the body, the completion of the formation of immune cells and the capture of foreign bodies trapped in the body.

Processes in which the functions of the spleen are violated, lead to the development of dangerous blood disorders, with the necessary hormone therapy, and in the case of its futility removal of the organ.

2. Hemolytic anemia – a disease in which the human body begins to destroy its own blood cells (red blood cells), severe anemia develops with the lack of oxygen to all tissues of the body, which can lead to heart attacks and strokes bodies.

Aplastic anemia is a disease characterized by deficiency of all blood cells due to violations of education in the bone marrow.

Neoplastic degeneration of the spleen, chronic leukemia, not amenable to radiotherapy and chemotherapy.

The decision about the removal of the spleen should take doctor-a hematologist and a surgeon.

After removal of the spleen prognosis of severe disease is somewhat improved, as this operation allows to slow down their growth, except after splenectomy increases the body's sensitivity to medication (chemotherapy).

Life without a spleen

Time remote the spleen may be the salvation for the patient, but it is absolutely not a painless loss for the organism as a whole. Failures that occur in the absence of the spleen can disrupt the proper functioning of the human body is threatened by the fact that even simple infectious diseases can leak a lot.
Is the advice useful?
See also
Подписывайтесь на наш канал